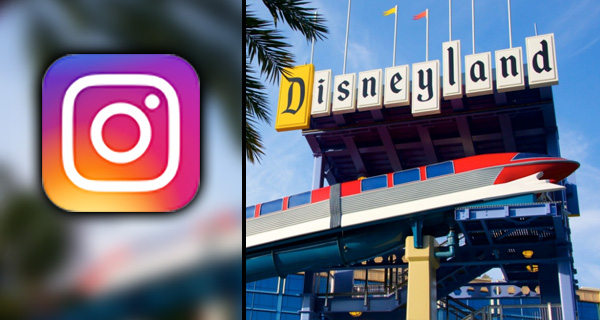 I live in the Northeast, and if I had my way, I’d try to make it to a Disney Park every day. Sadly, adulting is hard.  But you know what gets me through the day? Living vicariously through people I don’t really know on social media! Disneyland’s guests are not the same as Walt Disney World’s. I find that the DL locals take so much pride in their park- it’s been a legacy of Southern California since the 1950s.   I am going to list 5 Disneyland Instagrammers who are worthy of checking out when you need your Disneyland fix- even if you are 2,638 miles away. But who’s counting?

1. @JReitz1  – You know how I said I’d love to be in a Disney Park every day?  Well, this guy is living the dream.  Jeff Reitz is a man who, in 2012, didn’t have a job.  So he said he would go to Disneyland every day until he got a full time job.   He ended up getting a job, but still continued his streak- currently over 1,500 consecutive days! JReitz is great for snapping photos of new attractions or events. 2. @ashley24taylor – Ashley Taylor is an artist who derives her inspiration from all things Disney. In fact, she freelances for Disney and you can often see her art on the Disney Parks Blog.  Ashley gets bonus points for other amazing non-Disney pieces featuring some of my favorite old movies, like White Christmas and Singin’ in the Rain. Since Ashley lives in Southern California, she often does ‘art drops’ in the park, where she will hide one of her prints in one of the parks and post the hiding spot on Instagram. 3. @foodsofdisneyland – This isn’t the official Disney food blog- but rather,  crowdsourced compilations of the most delicious looking Disneyland food. This account is especially worth the follow during DCA’s Food and Wine Festival! 4. @disneylandcelebrities – Speaking of crowdsourced accounts,  this account is TMZ + Disney. Guests snap photos with (or creepy pictures from afar) of celebrities in Disneyland or DCA, send it to this Insta account and then it’s posted so you know which celebs are joining you in the park that day.  (They’re just like us!) Fun fact: last year, I contributed one of my own photos to this account by snapping a pic of Jerry Springer in DCA.  I also had no idea how many rabid fans Jerry Springer had. 5. @Big_al_bear – A sometimes bitter (you would be too if Pooh stole your home) bear who roams Disneyland and takes photos of himself. Sometimes with characters, sometimes on rides, sometimes even hiding goodies around the park – Big Al is worth the follow.  And much to the chagrin of Disneyland’s guests, he’s the only presence the Country Bears have there anymore. Blood on the ground, indeed. 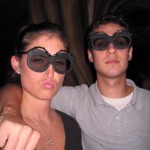