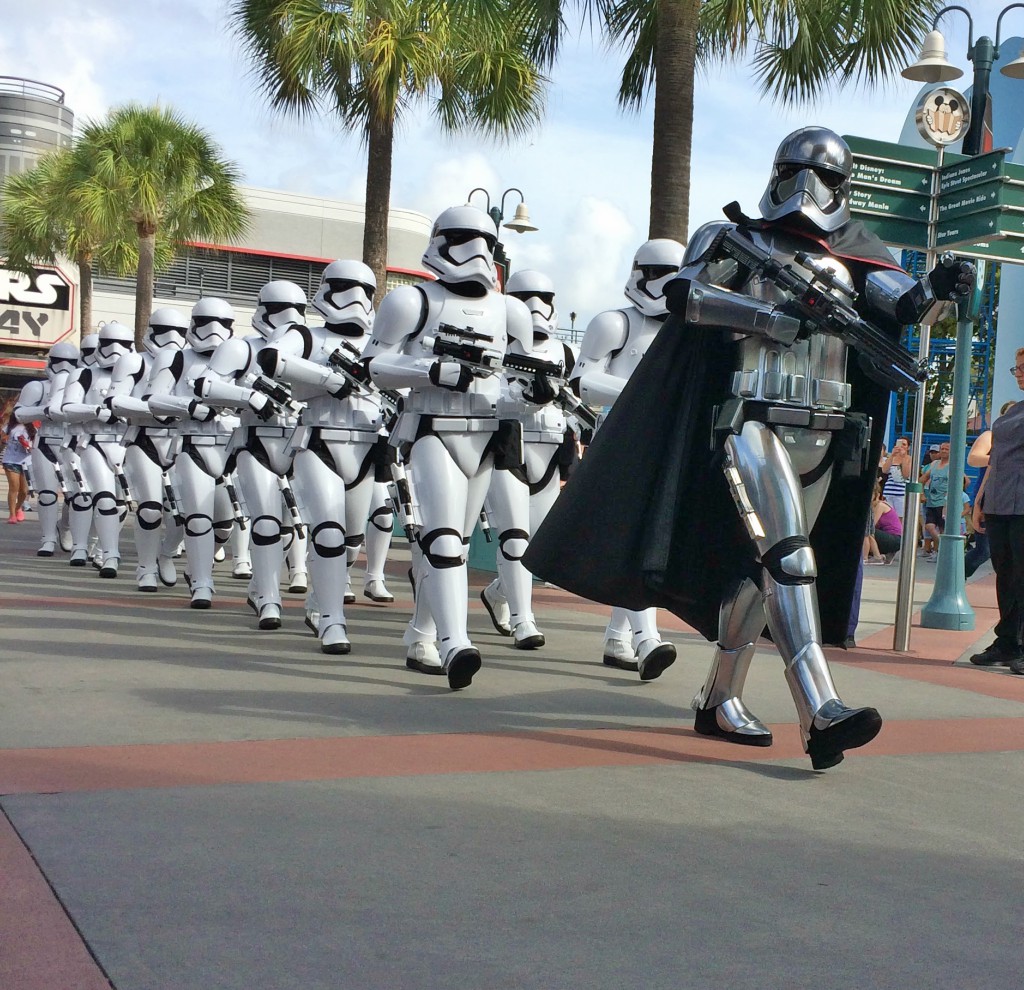 The devoted population of Disney theme park fans, who are passionate about maintaining each park’s original vision, have been uneasy since The Walt Disney Company purchased Lucasfilm in 2012. Many do not approve of the expanded Star Wars presence in the parks, fearing it will lessen the nostalgic Disney feeling. While their devotion is understandable, it is unreasonable as the world continues to evolve and new entertainment options are created for new generations of fans. Fortunately, Disney is mindful of the popularity of the old and the new, with Star Wars falling into both categories. Following are six elements of the saga that make it a perfect fit for the Disney theme parks.

1. Prequels, Sequels, and Beyond

As a hit of the 1970’s that maintained such great popularity that new content continued to be created four decades later, Star Wars is an entertainment phenomenon. Each decade builds bridges with saga films, animated series, literature, and conventions. The 2008 animated series, Star Wars: The Clone Wars used CGI animation, compelling characters, and non-stop action to attract younger fans. Disney’s purchase of Lucasfilm set off a chain of events that included not only new movies and television series, but books and comics for adults, young adults, and children. The broad appeal of the brand ensures its popularity.

Every attraction at Walt Disney World tells a story. That is one of the main elements that sets it apart from amusement parks across the country. The Star Wars saga follows the tragically conflicted story of the Skywalker family through trials of good versus evil. The story’s thematic elements of betrayal and redemption have often been compared to the works of William Shakespeare. Fortunately, this is balanced with lighthearted exchanges and fun adventures that translate well in the theme parks.

The inhabitants of the Star Wars galaxy are a combination of beloved heroes, terrifying villains, and imaginative creatures. Some of the characters were introduced to us in the first trilogy and others debuted in the films, animated series, and written content since. Fans love theorizing about the future of these characters and whether their conflicts will be resolved through good or evil. After 40 years, characters such as Darth Vader, R2-D2, and Princess Leia are as ingrained in our culture as Mickey Mouse. Better have a Fastpass for their meet-and-greets!

4. Music to Our Ears

Music in Disney productions tells the story as much as the dialogue. Despite having never seen Mary Poppins or Pinocchio, people can still recognize their signature tunes, “Supercalifragilisticexpialidocious” and “When You Wish Upon A Star”. The same is true of Star Wars movies. Composer John Williams’ iconic music captures audiences with the first notes as the title appears on the screen. It is always a goosebump-worthy moment. He continues marrying the music to the story with themes for main characters and elements, such as “Princess Leia’s Theme” and “The Imperial March”. Hearing this music in Disney’s Hollywood Studios is as natural as hearing “The Unbirthday Song” near the Mad Tea Party attraction. The forums on this site, DISboards.com, are a great example of the community created by a love of Disney. There are numerous podcasts, blogs, websites, retailers, and events centered around that one common love. The same is true for the Star Wars community. It has arguably the largest, most passionate fan following of any movie franchise. Just as with Disney, these fans connect over various media to share their adoration for the story and the characters. There was such anticipation for the Episode VIII trailer that Disney released a trailer for the trailer! Once it was finally released, Twitter exploded with fan reactions and podcasts dissecting each scene frame by frame. It was similar to the enthusiasm shared on DISboards when Free Dining is announced each year.

George Lucas has a long history of collaborating with Disney on attractions for its theme parks. He was the executive producer for Epcot’s science fiction film starring Michael Jackson, Captain EO, in 1986. Disney’s Hollywood Studios (formerly MGM Studios) opened in 1989 with two attractions debuting later that year based on films created by Lucas. Indiana Jones Epic Stunt Spectacular! and Star Tours – The Adventures Continue have remained relatively popular over the years, along with other attractions based on these franchises at Disney Parks around the world.

As with all Disney attractions, not everyone will be excited about the expansion of Star Wars in the parks. Thankfully, there are a variety of attractions, shows, restaurants, and other entertainment offerings throughout Walt Disney World and Disneyland to amuse millions of visitors each year with a range of interests. Star Wars contains all the elements necessary to be among them.