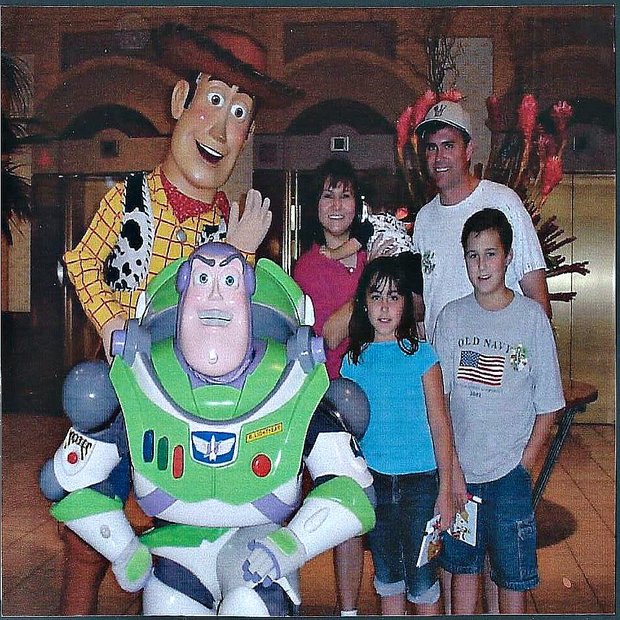 September 11, 2001. We were at Disneyland on that terrible, awful, day. Well, let me back up. We were on our way to Disneyland. We woke up that morning on the top floor of the Excalibur Hotel in Las Vegas. Because my youngest child was only nine months old, we divided the drive from our home in Salt Lake City into two days, and spent the night in Vegas.

When I turned on the television that morning in the hotel room, the first plane had already hit the tower of the World Trade Center. Being from the east coast, and having spent time in New York City, I was flabbergasted. I thought it had to have been a catastrophic mechanical failure. And then the second plane hit. A sick feeling settled in the pit of my stomach as I realized that this was on purpose, and I rushed to the shower to tell my husband that we needed to leave. Now.

The news coverage continued as we got the kids organized, and by the time we were in our vehicle, the incident had been confirmed as a terrorist attack, and the Pentagon had been hit as well.

We had a decision to make. Do we go on to Disneyland, or head back home? We knew there was nothing we could do at the moment to aid the victims. We felt helpless. But the purpose of a terrorist attack isn’t just to destroy the intended targets…it’s to strike fear in everyone else. We knew we weren’t going to give the terrorists even one more tiny victory by cancelling our vacation. We were going to Disneyland.

As we drove through the desert, I tried in vain to get hold of anyone at Disney, but nobody was answering the phones. After about fifteen minutes, I connected with someone on the Disney dining reservation line. He said that the parks were closed, and there was no guarantee as to when they would open again.  He told us to come anyway, and that Disney would do their best to make sure our kids had a great vacation.

We didn’t know what to expect when we arrived at the Disneyland Hotel, but I shouldn’t have been concerned. Disney was incredible.  From the moment we stepped inside, we were surrounded by characters. Buzz and Woody immediately approached my ten year old son, and they had a space ranger shootout right in the lobby. Snow White and Cinderella came up to see my seven year old daughter. She was star struck. They sat and talked with her, and her eyes were as big as saucers. Pluto was playing peek-a-boo with my baby, who loved squishing his nose. The hotel was practically empty, because all flights had been grounded, so no new guests were arriving. Guests who were scheduled to leave on that day had already made other hotel and travel arrangements. It was so odd to see it that way. Snow White came up and asked if she could take my older kids to the conference room down the hall where they were showing Disney movies and serving cookies and lemonade to the kids. There were other characters there who were watching the movies with the kids. This was my daughter’s dream come true! They also had other conference rooms set up for parents with banks of TVs showing the news, and more cookies and lemonade.

After we’d checked in, we headed to our dinner reservations at Goofy’s Kitchen. The place was practically empty, and it was like the staff and characters were there just for us. They were amazing. It was such a hard day, and I felt worn out trying to be happy for my kids while I wanted to break down and cry over what was happening in NYC, D.C., and Pennsylvania. Goofy saw me standing by the buffet, and just walked over and hugged me.  Then he accompanied us to our table, and sat with us through our meal. It was so sweet. A lot of hugs were given that day between characters and adults. And even as a grown-up, when you feel awful, hugging a giant Eeyore does help. The park was closed for the rest of the day, but the pool was open, and the kids had a great time swimming. All of the games in the arcade were free, and ESPN Zone in Downtown Disney (the only place open…and only for hotel guests) had free sodas for everyone, and all of their games were free as well.

The next morning Disneyland reopened, and we were part of the handful of people in the park (no new people were arriving, locals were home…glued to the TV, and people who were stuck there were out of money, so they weren’t in the park). Mickey came up to greet us, took my oldest kids by the hand, and skipped with them down Main Street. It was amazing. We have photos in front of the castle with literally not another soul around. When we rode the rides, the CMs just let us stay in the vehicles and ride as many times as wanted. The next day, or maybe the day after (not really sure, as everything was still a blur), Disney started having a moment of silence during the day, where everyone in the park stopped what they were doing, and we all stood and sang “God Bless America.” It was very moving. There were many people visiting Disneyland from overseas, and after the ceremony was over, several of them came up to us and asked if we were Americans.

When we told them we were, they all hugged us and said they just wanted to let an American know how sorry they were for what had happened, and that they supported us and were praying for us. We were all crying. And it still brings a tear to my eye just thinking about it.

So it was a very bittersweet and emotional time at Disneyland for us. We wanted to be happy for our kids, and most importantly, not frighten them, but we also wanted to do nothing but watch the news 24/7. The little things at Disneyland became even more special to me during that week. I always look up at the light in Walt’s apartment window whenever I’m in the park, but on this visit it seemed like a beacon to me. A reminder that there is still good in the world, that most people are kind, and that we have the spirit necessary to overcome the obstacles and hard times, and triumph in the end. I needed that little light during that particular vacation, and Walt didn’t let me down. His spirit and vision were still shining brightly through the darkness in the world, and it was a source of strength and courage for me each time I looked up at his window.

I was also so impressed by how kind and sweet every single cast member was during the time we were there. Especially the characters. They were very attentive and engaging, and sought out my children at every opportunity. I think we all wanted to feel better and find some hope in the world during such a bleak time, and nothing helped more than hearing children’s laughter.

Disney made my children laugh that week…and they gave me hope. 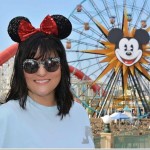