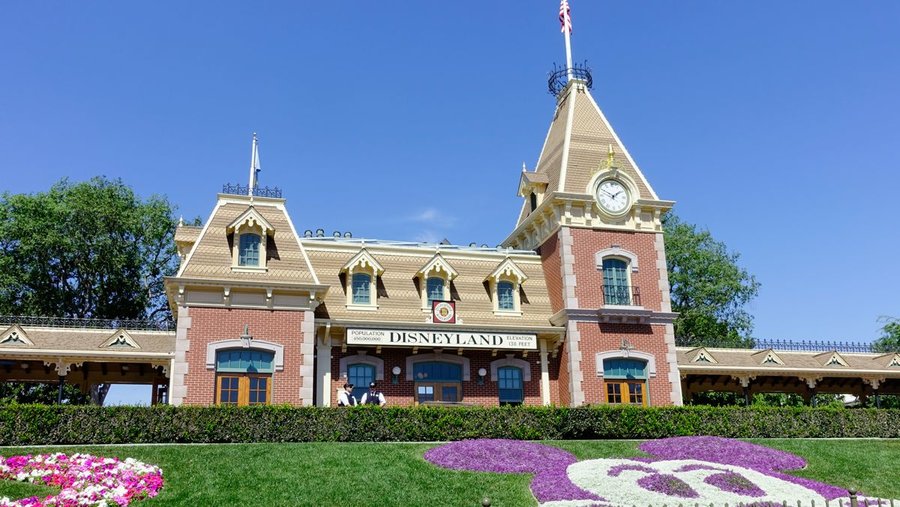 As a Disney Vacation Club (DVC) member and self-proclaimed Walt Disney World “expert,” I’ve stayed at many different Disney World resort properties. I love staying in the Disney Bubble when I’m in Florida, and I’ve never considered staying offsite. I like the idea of not driving, parking, and dealing with traffic. Plus there is just something magical about being on property for the entire trip. But recently, my family and I decided to try something different for our annual vacation and we went to Disneyland in California, instead of Disney World in Florida.

Before this trip, my family and I had only been to Disneyland once before, and we had stayed onsite at the Grand Californian hotel. That hotel is one of only three onsite hotels in Disneyland, and is the closest to the parks (with its own entrance to California Adventure). While we loved the location and the layout of the hotel, we did not enjoy sleeping in the same room together. And soon thereafter, we became DVC members with The Beach Club Villas in Disney World as our home resort. Since then, we’ve been spoiled by vacations that have separate rooms for adults and kids.

Since I’m a regular follower of the DIS Unplugged: Disney World podcast and DIS Unplugged: Disneyland podcast, I knew while planning my trip that Disneyland had a lot of offsite hotel options within walking distance to the parks. Some of them are even closer to the park entrance than the official onsite hotels! I listened to many hotel review podcasts by Tom Bell from the Disneyland podcast. I looked up prices and room options for both official offsite hotels (Good Neighbor hotels) and onsite hotels (Grand Californian, Disneyland Hotel and Paradise Pier Hotel). My decision came down to the Disneyland Hotel vs. the Courtyard by Marriott Anaheim Theme Park Entrance.

I’ve stayed in many Courtyard hotels over the years, but I knew from this podcast episode that this wasn’t any ordinary Courtyard. It was within walking distance to Disneyland, with bunk beds in every room, and some room options included separate sleeping areas for kids and adults. I knew the themed pool/water park area would be a hit with my kids, and the walking distance to the park entrance was listed as only five minutes. A Disney gift shop in the lobby also seemed like a nice touch to bring in some Disney theming. I also knew that some rooms had views of Disneyland, and it might be possible to see the fireworks from the hotel.

The Disneyland Hotel was the first official Disney onsite hotel ever built, and my bucket list includes staying at every hotel named “Disneyland Hotel” in the world (so far I’ve only got the Hong Kong Disneyland Hotel checked off). I knew the theming of this hotel would be amazing, and that my kids would love the hotel decor and the amazing pool area.  The allure of being in the Disney Bubble was very strong for me. However, I knew that this hotel was a bit further away from the park entrance than the Grand Californian, requiring a walk through the entire length of Downtown Disney (about the same length as the walk from the Courtyard to the park entrance). And more importantly, I knew that we could only afford to get a standard room in the Disneyland Hotel, not a suite.

I found that for the same price as a standard room at The Disneyland Hotel we could get a 1 Bedroom Suite with separate sleeping areas for the adults and kids at the Courtyard. Remembering the sleepless nights we had when we all shared a room, I chose the Courtyard by Marriott Anaheim Theme Park Entrance on Harbor Blvd.

Without a doubt the best thing about staying at the Courtyard was the space. The room was even bigger than I imagined, with a totally separate room for my husband and I, a separate space for the kids, and a large living room/eating area. Each kid had their own bunk bed, so they could both get the top bunk! There was no cooking area in this suite, but all we needed was the small fridge provided. The bathroom was big, with one toilet but two showers (one with a tub). We all slept great in this room and appreciated the space. I also appreciated being able to stay at a name brand I trusted, since many of the other Good Neighbor hotels had brand names I was not very familiar with. This was the layout of our room – lots of space! Photo from marriott.com

The walking distance was as advertised, five minutes to the main gate and an additional few minutes to the turnstiles. Even with two young kids, door-to-door from hotel room to park turnstiles was less than 10 minutes. We were so close to Disneyland that the monorail track was right across the street and we could see the Matterhorn at an angle from our room, though technically we didn’t have a view. On the way to the park we passed a Panera, a McDonalds, and an IHOP, and it was nice to have offsite options for eating within walking distance.

The Not So Good

The Walk: While technically the walking distance to the park entrance is about the same as The Disneyland Hotel, it is a very different kind of walk. The walk from The Disneyland Hotel is through Downtown Disney, but the walk from Courtyard is along Harbor Blvd, which is a very busy road. While the road is well-lit at night and there is a large crosswalk, seeing cars zoom past while walking to Disney is not part of my desired Disney Bubble experience. The view of the park entrance from the crosswalk on Harbor Blvd (5 minute walk from our hotel).

Many cast members also use this entrance, so we would often see cast members in their uniforms arriving and leaving each day. But what bothered me much more was that each morning and evening we would walk by several homeless people along the route, and even right outside of the Disneyland entrance. I don’t want to come across as insensitive, but I was totally unprepared for this, especially coming from the Florida Disney Bubble. I will say that I never felt unsafe, and we were only politely asked for money a few times, but this was just totally unexpected. Heading back to our Harbor Blvd hotel for a mid-day break.

The Pool: My kids did enjoy the pool/water park area, and we used it for an hour or so one day. There is no lifeguard, just a ride attendant at the top of the slide who tried to keep kids from running around in the splash area by calling down to them from the top of the slide. I appreciated the effort, but this area was big enough that it could have used another attendant. There wasn’t a real pool by my standards, just a 3.5-foot-deep pool that was too small to do any real swimming in. There was no lifeguard but there was a sign posted prominently with the number for 9-1-1 and the fire department, with the hotel address listed. I know that the Disneyland Hotel would win in a head-to-head competition for best pool area. The pool area was fun for the kids, but not very relaxing. Photo from wdwinfo.com.

The Incident: I know that no hotel is perfect, and sometimes things go wrong. What really matters is the management’s response when things go wrong. In our case, on the last night of our vacation the fire alarm in the hotel malfunctioned. This happened first at 8 in the morning, then four times between 10 pm and 2 am. Each time it happened the hotel guests were assured it was the last. Eventually my family received a room for the night next door at the Howard Johnson Hotel so we could get some sleep before our last day in the park. But what I really would have liked were complimentary FASTPASSes to make up for the late start we got for our last day of touring, due to lack of sleep. If I had stayed onsite and an incident like this happened, that would have been a possibility. Also, the incident really could have been handled better, and I was missing that legendary Disney service.

My family and I had an awesome trip to Disneyland, but we all really missed being in the Disney Bubble. I don’t think I would choose to stay offsite again, even at Disneyland, and even with the extra space we had. We will probably go back to Disney World next year so we can use our DVC points to stay onsite and have lots of space.

What do you think about the Disney Bubble? Do you need to be in it? Is it different at Disney World vs Disneyland?