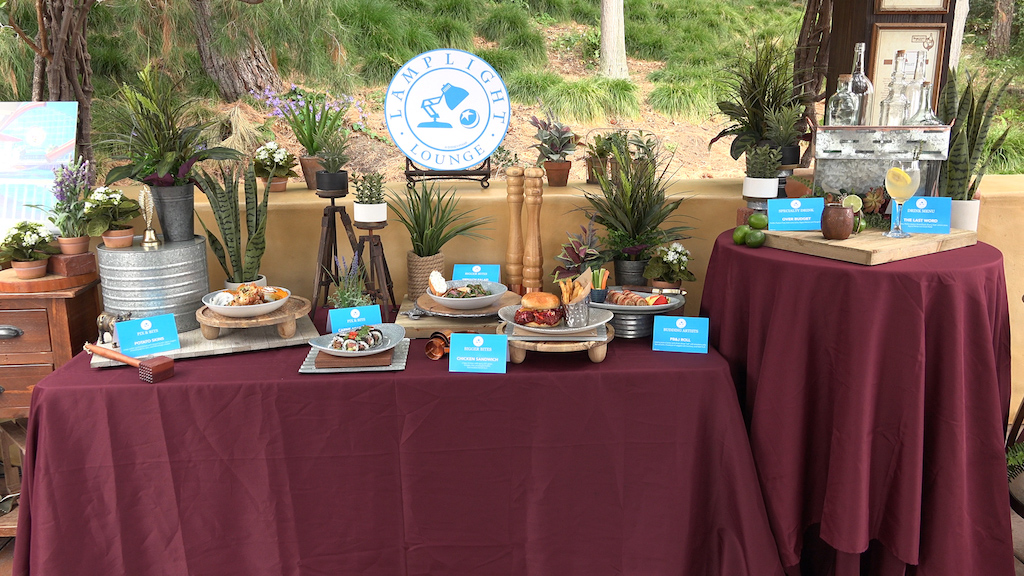 We had a chance to preview the food of the upcoming Lamplight Lounge that will be opening on June 23rd along with Pixar Pier in Disney California Adventure, and let me tell you, you will not be disappointed!

Gary Maggetti — General Manager of Disney California Adventure Park — walked us through what we all can expect when going to Lamplight Lounge. His excitement was infectious! We could not help but have big smiles on our faces when he described the overall specifications of the space. This lounge is going to be a California casual gastropub with larger food items to share called Pix & Bits, and the menu will also have entrees known as Bigger Bites. This lounge will seat 261 patrons downstairs and 200 patrons upstairs. The greatest news we heard was that this location will be open to reservations! I could not help but get thrilled about the reservation option. He did mention that they will go fast — I am not surprised to hear that. He did not mention when the reservations will go live. Tasha Sounart (Associate Creative Director, Theme Parks of Pixar Animation Studios) and Roger Gould (Director and Chief Creative Officer at Pixar Animation Studios) walked us through what we can expect to  find in the lounge. Tasha was excited to work on this project, and let us know that this space is to celebrate the artists behind the Pixar films and to celebrate their history; this space is meant to be a Pixar artist’s home-away-from-home. Roger and Tasha were able to go through the Pixar archives and choose special artwork and behind-the-scenes research trip photos that will be displayed around the lounge. There will also be toy shelves full of rare, never-before-seen toys from various Pixar films. John State — Culinary Director of Disney California Adventure — went through what food items can be found at this location. The food will be playfully presented, and he mentioned that the menu will be changing throughout the year. The downstairs lounge will have the full menu and the upstairs lounge will have modified shareable items only. We were able to try some of the food items that will be offered, and they were creative and beautifully presented. First up, we tried the Carne Asada Sushi. The grilled New York Strip steak is marinated in roasted chili and garlic and wrapped with sweet rice, grilled green onions, jicama avocado and nori seaweed. Topped with pickled Fresno chiles and onions, it’s garnished with cilantro and crema to round out the taste. The Potato Skins were by far the favorite. These delicious pillows of potato are soft on the inside and crunchy on the outside. They are coated with rice flour and deep fried to golden perfection. Painted around the bowl to add a playful nod to the artists of Pixar, the sauces are a brown butter-caper yogurt sauce and a smoked paprika aioli. When we put the two together it brought the flavor to a whole other level. To finish off the dish, the potato skins are topped with Manchego cheese, crispy capers and micro cilantro. John did mention that these will be gluten-free and the downstairs lounge will have a dedicated gluten-free fryer. To learn about the other items that will be offered at Lamplight Lounge, check out the full article here. Alison Moore — Senior Production Manager, Food & Beverage at Disney California Adventure – West — shared that all cocktails and mocktails will be exclusive to the restaurant and have unique names that will reference the film industry and Pixar. There will be 12 beers on tap downstairs and 6 beers on tap upstairs, along with canned and bottled beer options. One excited thing she mentioned was that there will be a unique beer made just for this location that will not be found anywhere else in the country. This beer will be made by Bottle Logic, a local Anaheim Brewery. 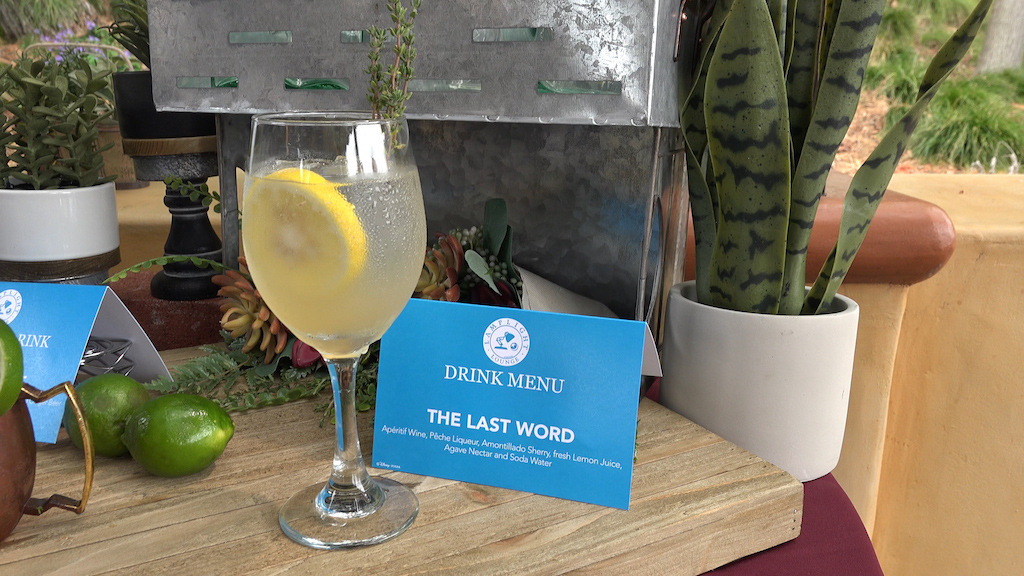 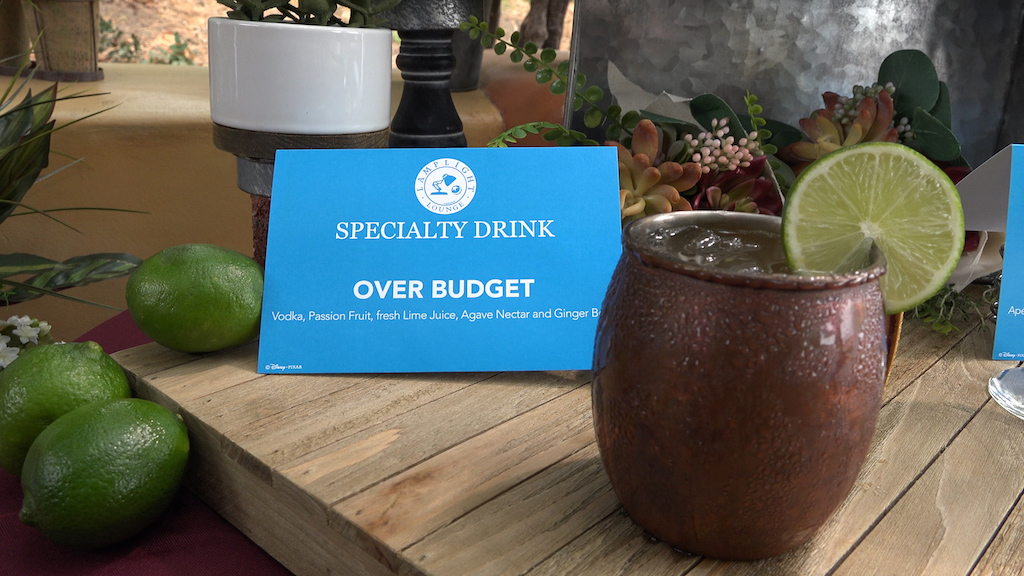 After this presentation of what we can expect at this new California gastropub, I am more excited than ever before! I cannot wait to sit down and relax and enjoy the waterfront views while I take in all the hard work that has been put into this location. 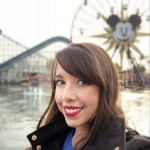