Hey Disneyland, Can We Trade in ToonTown for a Villains: Isle of the Lost? 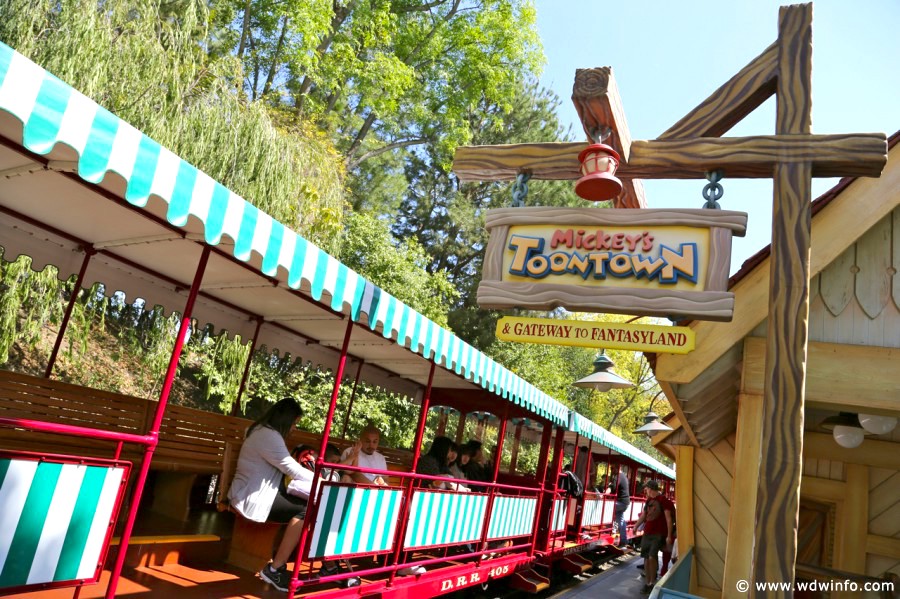 Respectfully, I am usually of the belief that we should be preserving all that Disney has to offer rather than tearing it down for the latest and greatest action franchise. However, I’m looking at this prime piece of real estate and can’t help but think there has to be a better way. Mickey’s Toontown was added to the outskirts of Disneyland park in 1993, and to be honest, it has always felt like a bit of an add-on, not having any flow or natural traffic. Even when my children were younger, we usually avoided this part of the park as after a quick- and crowded- walkthrough of Minnie’s house, there wasn’t much draw for us there.

Now, sure, it could be the residual feelings from the infamous Roger Rabbit incident of 2000, but all-in-all, that whole area feels underwhelming. Yes, I know that construction has already begun on Mickey and Minnie’s Runaway Railway in a desperate attempt to bring the area into this century. However, I can’t help but wonder, is it too late to move that attraction elsewhere and turn this little pocket of the park into something much more exciting?

Of course, I know you can’t just move an attraction that has begun even its most elementary planning stages but stick with me for a moment anyway as I work through what this area could be.

With only one entry and exit point, this location feels distinctly separated from the rest of the park, presenting an opportunity to give it a new identity, fitting of such a departure. As you gradually descend into this shadowy entrance, nestled discreetly below the railway bridge, picture yourself crossing over to the dark side. Low, taunting whispers from Disney Villains past echo through the underpass before you emerge cautiously on the other side in a new world.

Darkness greets you as you enter, interchanging villains at the entrance accompanied by all of your favorite evil-inspired tunes from the movies starting with Friends on the Other Side from The Princess and the Frog. Every hour, this entrance area plays stage for a 3 – 4 minute character performance joined by dancers as each villain’s signature tune plays.

Be sure to pick up some perfectly themed snacks on your way through to the action. Poisoned apples, anyone? Coated in a candy shell with a crispy center. Don’t forget to wash down your treats with a potion from Ursula’s Cauldron, an apothecary-style watering hole with every mischievous combination you can think of to help you find your human legs.

With all of the ToonTown walkthrough attractions relocated (I’ll get to that in a moment), there will be plenty of room to add some new attractions and a good opportunity to re-theme the older ones. The attraction previously known as Roger Rabbit’s Car Toon Spin catches your eye in that first traverse over to this mysterious land of wickedness. As you make your way toward the re-imagined attraction that focuses on the story of Gaston from Beauty and the Beast, you’ll note a distinct difference. The outside transformed into a quaint tavern from the French village of Villeneuve. Inside, you’ll find Gaston conspiring to take down the Beast and win Belle’s heart. You twist and turn through this ride as part of Gaston’s roguish mob before witnessing his defeat. But in this version, our villainous hero doesn’t fall to his doom, instead plotting his revenge in the final scene of the attraction unbeknownst to Belle and the Beast.

I know, it’s not how the story goes, but it’s their land; we have to give these nefarious characters the chance to tell the story their way.

Gadget’s Go Coaster gets a makeover, too, evolving into an epic journey where you will take the role of Malificent’s raven as you glide throughout the land, watching intently for your time to strike. Soar high above the kingdom, swooping into the forestland to see Briar Rose living the quiet life with Flora, Fauna, and Merewether, and dart quickly out of the way when Malificent, in her dragon form, attacks suddenly on the final turn.

But what about all of the cute walk-through aspects of Toontown that we don’t want to disappear? I hear you; I have a plan for that too. Move them out into the open, unused areas of Downtown Disney as walk-through attractions that are accessible for all visitors, not just those with park tickets.

Of course, I should clarify, this Isle of the Lost (descendants-style) land lives only in my imagination for now. But in all seriousness, with the odds of an entire park devoted to those we love to hate (or hate to love) being extremely against us, a land dedicated to the dark is as good as I think can be hoped for.

What would you add to your dream villain land? Let’s give those Imagineers some starting ideas in hopes we spark someone’s imagination.