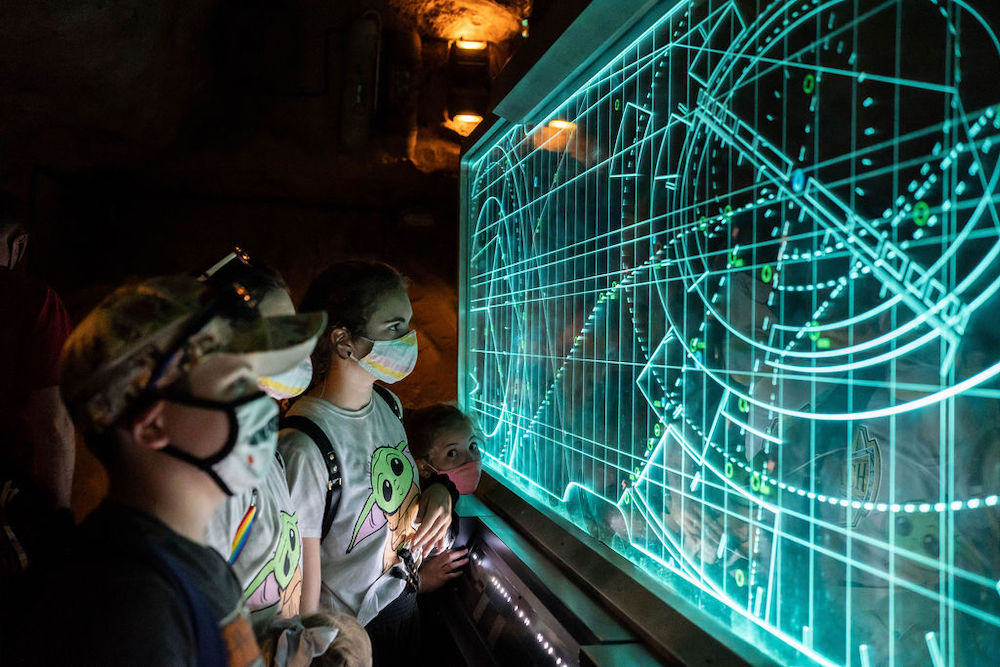 With the amount of planning we do before setting out for the Disney parks, we usually know exactly what we are in for. What we will be riding, where we will be dining; let’s face it, many of us even study those menus and know what we will be ordering in advance. Even our time to ‘wing it’ is scheduled neatly into place. So why on earth would Disney throw us so far out of our comfort zone with a virtual queuing system that is based on both equal parts luck and disappointment?

When Rise of the Resistance opened at Disney’s Hollywood Studios on December 5th of 2019, we, the Disney community at large, were introduced to a new system of pre-booking an attraction that proved to be a substantial change from the likes of FastPass+ and Max Pass that we had become accustomed to. By most accounts, the headline attraction in the new grounds of Star Wars: Galaxy’s Edge is very impressive; that is, if you can get on it.

We have been conditioned to respect a system that has us choosing our Fast Pass attractions weeks before arrival. And the ones we can’t get in advance, like that elusive Flight of Passage pass, you have the option to line up for in the park. Sure, you may be deemed certifiably insane to line up for six hours to experience that one attraction, but the point is, you can do so if you wish, avoiding the disappointment of returning home without ticking that box.

Rise of the Resistance is a whole new kettle of crazy where each guest with a valid park ticket or annual pass can (in theory) request access to the virtual queue through the My Disney Experience app from 7:00am on the day of your visit. Not to be confused with the changing rules of the second window, your initial attempt can be made from anywhere, not confined to having already entered the park gates. By all reports, this is a challenging process, often felt to be similar to a lottery system. You spend five minutes furiously poking at your phone until something pops up to tell you ‘bad luck.’

This lovely invention called a virtual queue reopens again at 1:00pm for round two. Now this time, you must already be inside the Hollywood Studios park to access it. This does cut down on the people who can attempt to snag a last-minute reservation but also leaves you with little time to accommodate it, even if you do manage to get one.

The word on the street is that this attraction is the hardest by far to access, with friends of mine saying that in five trips to the magic, not once have they been able to get a boarding pass. One can imagine that this makes it somewhat disappointing for fans who are traveling with the new Star Wars-themed areas specifically in mind. You can’t try until you book in and go, but you may still go home without making it on board. As restrictions continue to lift and park attendance is steadily increased by raising capacity, the demand will only become stronger for this type of boarding system.

If you think that you aren’t a Star Wars fan, so this won’t affect you, think again. The same virtual queuing concept is being used for the new WEB SLINGERS: A Spider-Man Adventure attraction in Disneyland California Adventure’s Avengers Campus. And if new attractions with the system were not bad enough, Disneyland’s Indiana Jones ride has now adopted the approach as well. It doesn’t work the same way exactly; passes are available from park opening as soon as you enter, but there is no second round later on.

All of this leaves me wondering where they will draw the line. If older attractions can have this implemented fairly easily then what is stopping this system from dominating our E-ticket attractions going forward?

As you can see, I’ve got some feelings about this one, and even though I am usually more of a go-wtih-the-flow type, this strong departure from being able to choose your own adventure to a five minute window that decides what you will and won’t miss out on for the whole day doesn’t feel very Disney to me. Sure, COVID threw a curve ball, anyone in business gets that, but the ongoing lack of a standby line feels so discouraging.

What if you are busy enjoying a character breakfast at 7am or enjoying the commotion of Disney transportation at that very moment? These are the experiences that Disney parks were built on, those moments where you tune the world out and enjoy what’s right in front of you. The idea of doing the opposite, instead glued to your phone for virtual queueing, feels counterintuitive and distracting from the message Disney is usually sending.

It’s like being back in the 90’s and finding out Splash Mountain is closed for maintenance the morning you arrive. Harsh. We are supposed to have evolved past this heartache. What is your take on virtual queueing? Convenient and futuristic or disruptive and brutal? How do you feel knowing before you even start your day that you will not be able to ride your most highly anticipated attraction?

I want to send a huge thank you to a wonderful lady who has kept my Disney love alive. While I am stuck down here on my Australian island, Michelle Perrin–Crawford, an unbelievable photographer, has kindly become my eyes in the parks, allowing me to use her captivating images and live vicariously through her vacations.