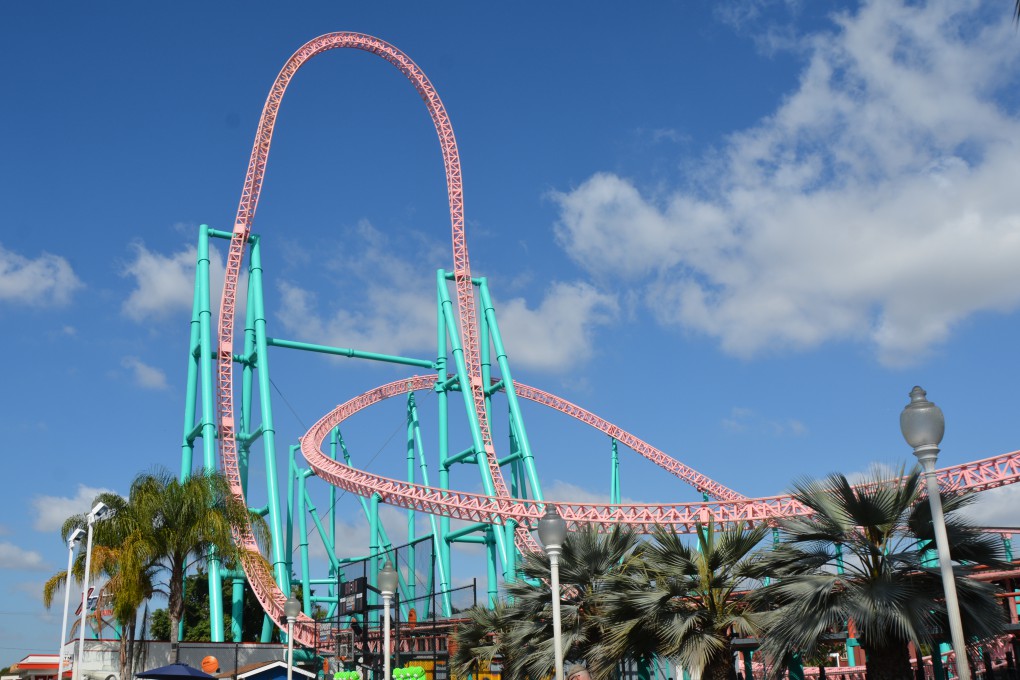 Walter Knott didn’t start out intending to build America’s first theme park, but that’s exactly what became of the replica ghosttown that Knott built to entertain quests as they waited for a table in the fried chicken dinner restaurant his wife Cordelia operated.

The history of Knott’s Berry Farm and how it expanded from that fried chicken restaurant is interesting, but let’s save that for another time. For now, let’s talk about the top 5 reasons you should considering adding Knott’s Berry Farm to your Disneyland Resort vacation. Did you know that Knott’s Berry Farm is around 7 miles from Disneyland? 7.3 to be exact (according to Google maps). Of course, in Southern California, they don’t talk miles, they talk minutes. Knott’s is about 15 to 20 minutes from Disneyland.

Getting there is easy. It’s just a short drive if you have a car…you could even avoid the freeways if you really wanted to; Anaheim Resort Transportation (ART) will take you there, they take trips several times a day; and of course, you could always take a taxi or a private car service. On a recent visit, we used a private car service from the Disneyland Hotel and paid under $25 each way for a SUV that held the four of us, plus the driver comfortably. Very reasonable. Prices are subject to change, of course, but currently, if you purchase an adult ticket online at least 3-days in advance, it will cost you just $40. Even if you wait until the last minute, an adult ticket at the gate is only $67.

If you plan to visit more than once in a calendar year, an annual pass will only set you back $86 and comes with discounts here and there.

You’ll still pay theme park pricing for food, but with the money you saved on admission, you’ll be able to afford that extra slice of boysenberry pie. #3 There’s something for everyone

For a while after Cedar Fair took over the theme park, it looked as if Knott’s Berry Farm was going to become a coaster heavy park, but in the last few years they’ve swung back the other way and made improvements and additions to their family entertainment.

There are still some great Cedar Fair coasters in the park. Ten of them in fact, with Xcellerator and Silver Bullet among the most exciting.

There are also rides families can enjoy together. In the last few years, the classic Timber Mountain Log Ride and Calico Main Ride have both been revamped, with new effects and updated audio-animatronics. The Peanuts gang has been in full force at Knott’s Berry Farm since 1983. They expanded to the other Cedar Fair Parks when Knott’s was purchased in 1997.

For the kids, Camp Snoopy is the place to be! Last year, Camp Snoopy went through a major overhaul, with updated theming and several new rides.

You’ll find Charlie Brown, Lucy and all the rest at a stage show and a special meet & greet in Camp Snoopy. During the summer and at Christmas-time, you’ll find “Snoopy On Ice” at the Charles M. Schulz Theatre in the Boardwalk area. Mrs. Knott’s Chicken Dinner Restaurant has been serving virtually the same menu from the beginning.  It’s a complete meal, including dessert (boysenberry pie!!!) for around $17.

Mrs. Knott’s is just outside the gates in the Marketplace, so even if you don’t want to visit the theme park, you could enjoy a meal there. If you have an extra day in your Southern California vacation, why not give Knott’s Berry Farm a try?