Halloween Books by Disney Publishing: A Frightfully Good Read at Every Turn of the Page 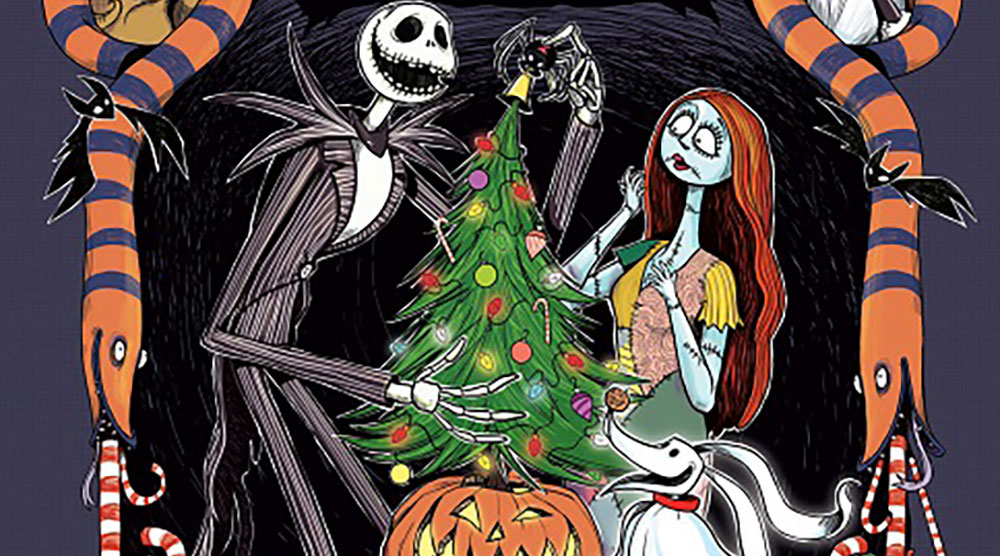 Christmas may be the most “wonderful time of the year,” but for many, Halloween is their favorite holiday. This year, Disney Editions offers a number of books, for kids and kids-at-heart, which will certainly be welcomed in any Trick-or-Treater’s bag.

Perfect for infants and toddlers is My First Halloween, a very tactile book for young fingers. Disney characters are dressed and ready for Halloween as small ones touch and feel various items associated with Halloween, including the bristles of a broom and sticky candy. Price: $8.99.

Toddlers will be treated to a number of Halloween-themed books, including a new one from the Puppy Dog Tales series: Haunted Howl-oween. Bingo and Rolly are back at it — this time they are on the hunt for a lost Halloween costume for a neighborhood little girl. The book also comes with glow-in-the-dark stickers. Price: $5.99.

Vampirina and her family throw a ghoulish party in Vee’s Monster Bash. Complete with 25 puffy stickers, this beautifully illustrated softcover book is the perfect start to the Halloween season. Price: $5.99.


One of my favorite books for preschoolers — and I am sure it will be theirs as well — is H is for Halloween: A Book of First Words and ABCs. This 26-page book features a Disney character with each letter of the alphabet. Each of the letters are die-cut for little fingers to trace. In addition, there are 100 colorful flaps and beneath each flap is a word that corresponds with the featured letter. Price: $12.99.

A frightfully fun book from Ryan T. Higgins, the author/illustrator of the Mother Bruce series, is We Don’t Eat Our Classmates. According to the press notes, “It’s the first day of school for Penelope Rex, and she can’t wait to meet her classmates. But it’s hard to make human friends when they’re so darn delicious! That is, until Penelope gets a taste of her own medicine and finds she may not be at the top of the food chain after all.” Price: $17.99.

Disney Editions has a number of fun reads for kids in middle school, including a perfect book for a quick read or a bed-time story: 5-minute Halloween Stories. This illustrated, 192-page book features Disney characters in 12 stories that — as the title says — can be read in five minutes. Price: $12.99.

From DuckTales comes Living Mummies!/Tunnel of Terror! Two frightfully fun stories in one book. The book also includes stickers for each story. Price: $5.99.

Serena Valentino has a number of Disney Villain books that are perfect for pre-teens, including Mistress of All Evil (Maleficent), Poor Unfortunate Soul (Ursula the Sea Witch), Mother Knows Best (Mother Gothel), Fairest of All (The Wicked Queen), and The Beast Within (The Beast). Price: $17.99.

The Mortification of Fovea Munson by author Mary Winn Heider tells the tale of Fovea Munson. Fovea’s parents own a cadaver lab where they perform surgeries on dead bodies. So, according to her classmates, that is gross and therefore Fovea is gross…and unpopular. Instead of going to summer camp like the other kids her age, she spends the summer working in her parent’s lab. One day three disembodied heads, left to thaw in the wet lab, start talking to her…and they need a favor. “With a madcap sense of humor and a lot of heart (not to mention other body parts), this is a story about finding oneself, finding one’s friends, and embracing the moment.” Price: $16.99.

Celebrating the 25th Anniversary of The Nightmare Before Christmas, young adults (and even grown-ups) will love this latest pop-up book from the gifted and talented Matthew Reinhart. This book, like his two previous pop-up books — Pixar: A Pop Up Celebration and Disney’s Frozen — is gorgeous and a work of art that comes alive at every turn of the page. In addition to an intricate pop-up, Reinhart also weaves additional surprises on every page. Price: $65.00.

Halloween wouldn’t be Halloween without a visit from the Sanderson Sisters, and this time back…again! Celebrating the 25th Anniversary of the film, Disney has released a refresh of the original story and a new story — in one book — that takes place 25 years after the original. In Hocus Pocus and the All New Sequel, written by A. W. Jantha, we find Max and Allison grown up, married, and with a daughter of their own, Poppy. Not a fan of Halloween or the supernatural, Poppy is skeptical about what happened to her parents all those years ago. After she shares her parents’ story with her own friends, the three of them set out on their own quest for the Sanderson Sisters. This is a must-have for those Hocus Pocus fans. Price: $12.99. 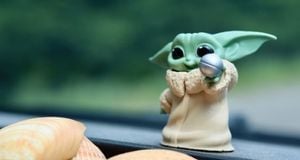