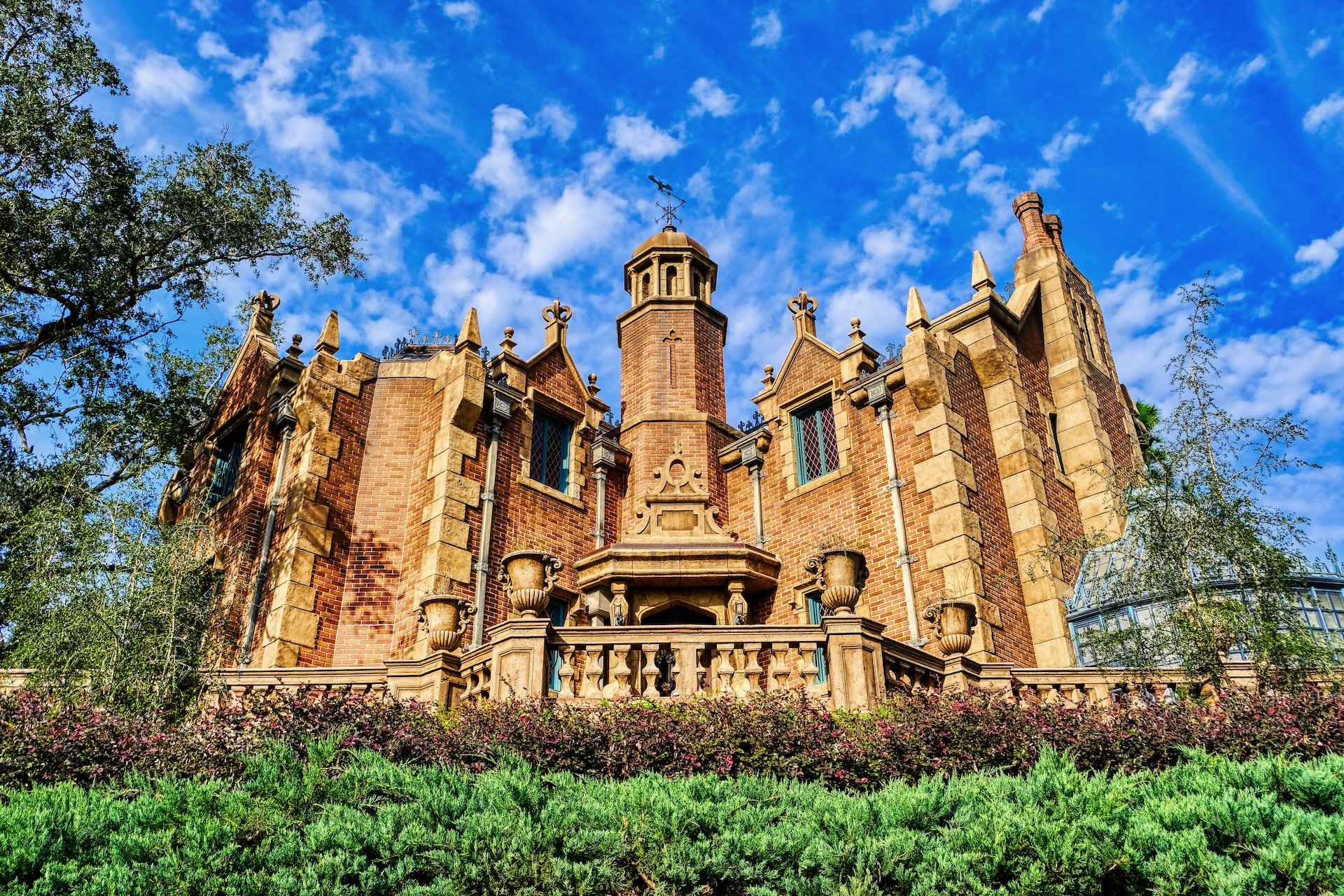 Let’s go back and start at the beginning. In the 1950s, a Disney legend named Harper Goff sketched out a run-down building atop of hill overlooking Main Street. Fellow Imagineer, Ken Anderson, was chosen to expand on the idea, building a storyline and plan for a haunted building to take its place in New Orleans square. The old and tired building would be complete with boarded-up windows and doors, overgrown weeds and plants, as well as bats and screeching cats.

Disney was interested in the concept but didn’t like the idea of having a dilapidated building in the middle of their beautifully architectured park. A visit to the Winchester Mystery House in San Jose provided the perfect inspiration, and before long, Anderson imagined storylines for the expansive, mansion-style building. The new concept made for the ideal compromise in allowing disturbing beauty on the outside while the inner walls had all manner of spooky stories to tell.

The Haunted Mansion attraction saw many delays, primarily due to Walt Disney’s time-consuming involvement with the World’s Fair in 1964 – 1965 and a redesign that occurred after Walt’s death in 1966 when the project moved from a walk-through based experience to a ride-on style, thanks to the new technology of Omnimover. The ride vehicles, later known as Doom Buggys, could turn in any direction, allowing Imagineers to utilize more of the surrounding space and tweak the guest experience to see and hear specific features.

The ride remains mostly unchanged, aside from a few minor upgrades and the addition of the season holiday overlay featuring the Nightmare Before Christmas characters you can see in the video below.

Magic Kingdom was also expecting the arrival of its own Haunted Mansion with the ride elements in production alongside the Disneyland ride. With the exclusion of the Library and Music Rooms, the rides have the same pieces and characters. Of course, there is a fundamental difference in how the stretching room operates and the exterior, which moves away from the southern influence and is more reminiscent of an upstate New York estate designed to reflect a “Dutch Gothic” theme. Over time, the Magic Kingdom attraction saw more upgrades than the original back in Disneyland, including the floating Madame Leota in 2007 and the all-new interactive queue that was introduced in 2011.

Explore the other versions of the attraction in Disney Parks around the world:

I won’t forget being a little kid and thinking this ride was the most exciting and detailed experience I had ever had. Oddly, the one part I always found off-putting was the floating candelabra, which seems crazy, given how many other questionable moments there are along the way.

What are your first memories of this attraction?