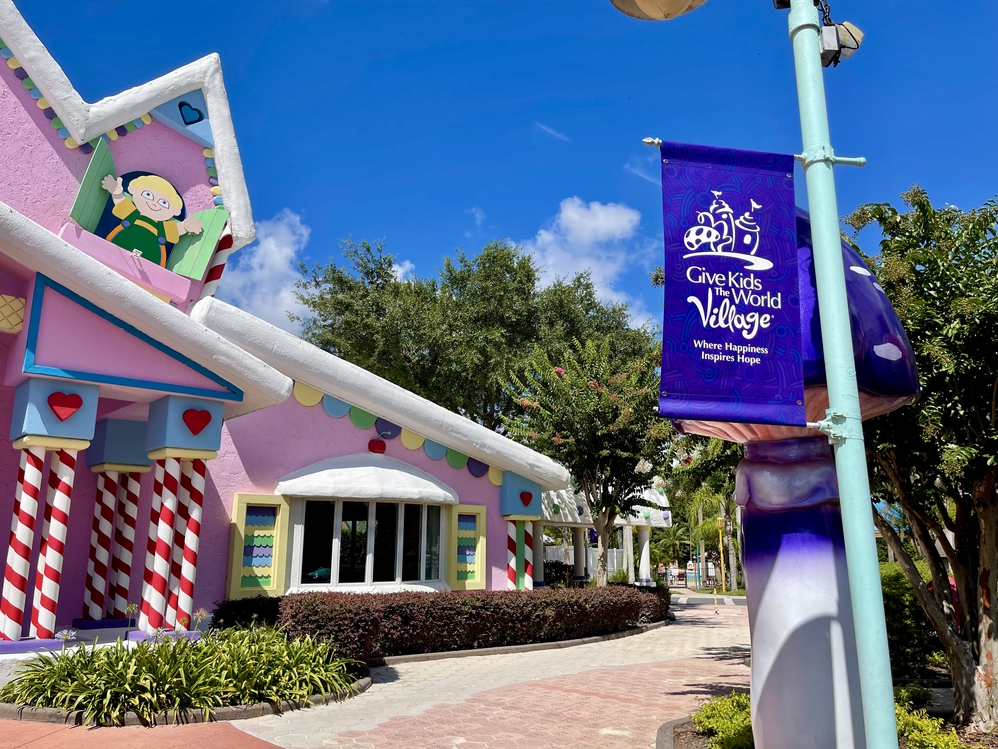 The Holocaust is a difficult subject to talk about, write about, and read about. It is about evil, hate, intolerance and hopelessness. Is genocide a conversation for Disney fans, for those wanting to play and converse about fun issues like magic and fantasy and fairy tales? It actually is because The DIS is a community; it is a family that chooses to do good charity work with Give Kids the World Village. GKTW’s foundation was built upon the devastation of the Holocaust and one man’s story of survival: Mr. Henri Landwirth.

Our DIS community is here to learn about each other, give back, ask questions, and go beyond our Disney bubbles to understand the world around us. We don’t shy away; we confront, we choose to speak and have a voice.

It is with that voice that The DIS partnered with Give Kids the World Village many years ago. GKTW is a nonprofit charity that raises money that goes toward children (and their families) with critical illnesses who wish to visit all of Central Florida’s attractions and entertainment venues in a safe, healthy environment without financial obligation. So they come, and they stay in a village built by the wish of one man, Henri Landwirth. If you aren’t familiar with Give Kids the World Village, please read more about their important community and how you can be a part of their incredible, life changing village. It runs on donations, volunteers, and the wishes of the most selfless individuals.

Many of you already know that the partnership with The DIS raised over a million dollars through events like marathon podcast shows, donations, Night of a Million Lights (coming back November 12, 2021 – January 2, 2022) and next week’s DIS Family Reunion. They work tirelessly all year to remind us about how this special village helps so many families. The money raised and the volunteer shifts worked allow a family with a critically ill child an opportunity to enjoy what otherwise they may not have been able to do: have fun and travel. What The DIS does is called a mitzvah, a good deed. And Pete Werner, founder and owner of The DIS, has done a mitzvah. He has taken his company, his voice, and elevated it to do good things. He has been touched by Henri Landwirth’s example.

The founder of Give Kids the World Village, Henri Landwirth, was a Holocaust survivor. His story can be found in a movie called Borrowing Time and in books entitled Gift of Life and Love and Hate. His legacy can be found in his philanthropic causes, and since his death in 2018, his voice can still be heard through the laughter of the children and families he has affected. This includes the work of people like Pamela Landwirth, his former wife and current President and CEO of Give Kids the World Village, Pete Werner, and all of those who do what they can to remember what he symbolized. He was a man who suffered the worst atrocities of humankind, survived, and then mindfully created an impact. He chose to use his voice and tell people his story.

I think a lot about survivors who didn’t have the courage to move forward, who survived but couldn’t find their voice after they were stripped of their humanity and dignity. The Holocaust stole lives, and for those who survived, some were left without a voice. Many left their hearts and souls behind. I think about my grandparents, survivors of the Holocaust who never spoke about their family who didn’t make it out. They never told me about their experiences in the Holocaust, their story of survival, escape, and life in a refugee camp. I wish they told me their stories, I wish they told me about their siblings and parents who didn’t make it out, I wish the Holocaust hadn’t destroyed their spirits. We are slowly putting those pieces together through the pictures they left behind from their journey and the artifacts hidden away in an old suitcase that my father kept safe for decades. They did their best, they managed, and I am proud to be part of their survival story.

Mr. Landwirth had the courage to speak for all of them and he used his voice, his life that he had left, to make the world a better place. To leave this earth knowing he took the evil he lived through and turn the inhumanity he saw into humanity, he became a humanitarian. He educated us, he left us understanding that there is hate but there is also love. He was impactful and was the epitome of how to fulfill mitzvot (good deeds) when we have the opportunity.

Henri Landwirth had a vision, a wish. He created a home in his village for those who also had a wish. Over thirty years later, that wish village has grown, even christening their latest pirate ship Serendipity last month! It is people like our Disney family with Pete and his “mitzvah minions” (John, Corey, Craig, Deni, Kevin, Ryno, Teresa) who keep that wish alive for those children and their families. People like all of you who read this article, donate, and share the information and even have some fun doing it!

There is a saying to “Never Forget” the Holocaust (or Zachor, which is Hebrew for “to remember”) because if you forget you are doomed to repeat it. Mr. Landwirth’s life inspires us to live with hope and help each other lead with kindness and tolerance.

How fitting that the next event to raise money for Give Kids the World Village is scheduled for September 9-11th. We will never forget 9/11, its twentieth anniversary this year falls on the DIS event date; what a perfect tribute. It also falls on the week of the Jewish New Year; a wonderful commemoration to Mr. Landwirth as the Jewish New Year can celebrated with prosperity for his charity and health and happiness for the children who visit. For those who can’t attend the DIS Family Reunion, we can all get involved as well from home. You can find information about the DIS Family Reunion events benefiting Give Kids the World Village here. Wishes do come true.