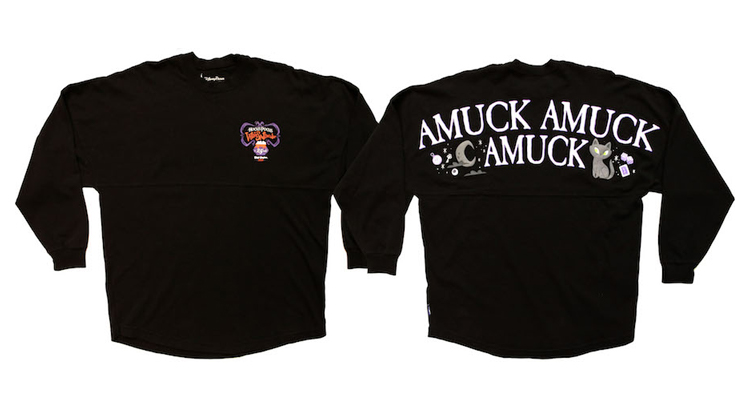 Mickey’s Not-So-Scary Halloween Party returns to the Magic Kingdom tonight August 17 and will run until October 31. The Disney Parks Blog just revealed a sneak peek at some of the merchandise that will be available during the party. Disney has created a variety of merchandise inspired by the beloved 1993 film Hocus Pocus.

The merchandise listed below can be found at the Emporium on Main Street U.S.A., Big Top Souvenirs in the Storybook Circus area of Fantasyland, and at the Frontier Trading Post in Frontierland guests will find the event exclusive pins. Of course, there will be more than just Sanderson Sister inspired merchandise at the event. There will be basic Mickey’s Not-So-Scary Halloween Party short and long sleeve shirts along with Not-So-Scary orange Mickey Ears. If you are a pin collector then look out for the limited-release pins which will be available while supplies last. There will be an exclusive Passholder Orange Bird inspired pin. A new set of pins will be available during the party, which “showcase Disney characters enjoying sweet party treats such as popcorn, cupcakes, and candy.”

There will also be a villain-inspired boxed pin set. In each box, there will be 2 of the 12 pins from the set. Lastly, guests can find a special Not-So-Scary inspired MagicBand, which will be available while supplies last. There will only be 4,000 MagicBands sold.