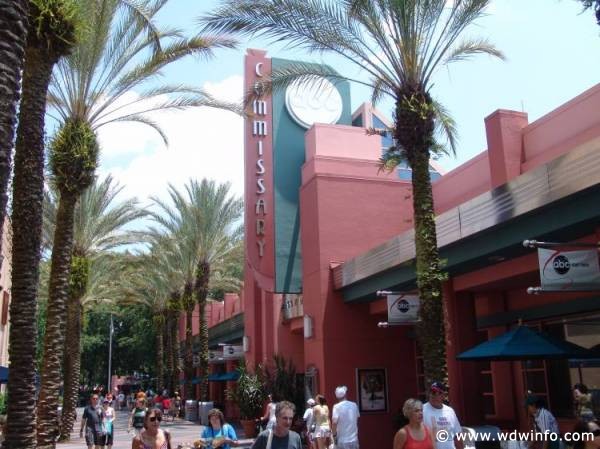 ABC Commissary, the popular quick service eatery at Disney’s Hollywood Studios, has a more upscale experience in store for guests who dine there for dinner. Noticeable menu changes and a different way of being served are coming right up. First, let’s talk about the menu.

Newly added appetizers include jalapeño poppers and pita chips with hummus. Fast-casual entrees include a Chimichurri Steak served with a fire-roasted corn medley, hearty Barbecued Chicken and Ribs with coleslaw, and a Southwest Burger with Pepper Jack cheese, bacon, guacamole and jalapeño poppers; all three are served with thick-cut steak fries.

There are some lighter options as well including a zesty Lemon Pepper Salmon, served with green beans and couscous and the Mediterranean Salad with tomatoes, onions, peppers, Kalamata olives and feta tossed in a Greek vinaigrette and topped with your choice of chicken or salmon. Kids will be able to choose from entrees like barbecued chicken, salmon or a burger.

Guests will place their orders at a register where they will be given a pager to take to their seats. A Cast Member will then deliver their food and drink directly to their tables. Sounds similar to the Fast-Casual dining service that takes place at Be Our Guest Restaurant in Magic Kingdom Park, doesn’t it? What do you think about this? Let us know in the comments if you go and experience this.