×
Help Support The DIS By Booking Your Next Disney Vacation With Dreams Unlimited Travel!
No Additional Cost To You!
By Mike Hughes 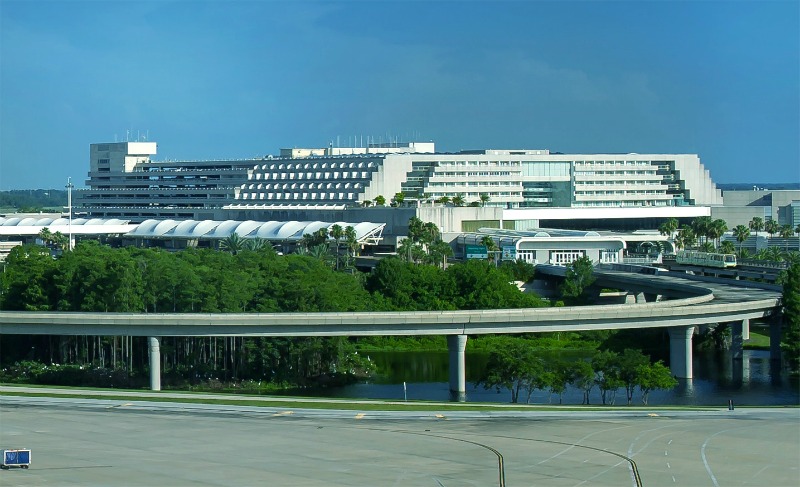 Passengers flying from Orlando International Airport on Friday night were sent into a panicked frenzy when people began using bullhorns in response to another passenger’s smoking electronic battery.

According to Ricardo Perez, a 15-year TSA lead officer, people assumed the smoke was a bomb. One scream led to another and passengers were running in all directions. Perez claimed the bag was spewing white, choking smoke. He then secured the bag between a concrete column and a planter and cleared the area.

Perez and other officers had passengers retreat from the danger zone back into the “sterile area,” where passengers line up before TSA checks. This is where the commotion erupted as unaware, new passengers were entering the same area.

The Orlando Police Department had a lieutenant, two sergeants, and 15 officers on duty trying to direct the traffic, but the officers could do little to control the crowds. Phil Brown, Airport Director, said: “there were a lot of people running for what they thought were their lives.”

Brown continued to say that the noisy airport didn’t allow them to gain the passengers’ attention even after the police quickly learned that the smoke was not a bomb threat.

This mass fleeing from the terminals caused TSA to re-screen thousands of passengers after the incident and halted operations. Nearly 8,000 passengers were scheduled to fly out of Orlando between 5 p.m. – 9 p.m. when the incident occurred until the airport restored operations.

Orlando Police Department spokeswoman, Michelle Guido, along with TSA officers emphasized the need for re-screenings. Guido said, “What if, for example, the bag was a diversion tactic, and it was used so that another person could follow through with an actual attack?”

While it was an inconvenient process for the passengers, flights, and the airports receiving these planes, Guido claimed all agencies involved overcame it in order to ensure optimal safety. The Federal Aviation Administration spokeswoman, Arlene Salac said 27 planes were diverted to other airports and 26 aircrafts were delayed.

Phil Brown, Airport Director, said in response to the incident that they will look at using electronic billboards to more effectively communicate with passengers during an emergency after the chaos brought on by bullhorns. He also claimed the Greater Orlando Aviation Authority, police, federal security agents, and airlines held a debriefing to evaluate the airport and come up with new techniques that could have better handled the smoking bag.

Operations resumed between 2 and 4 hours after the incident occurred.