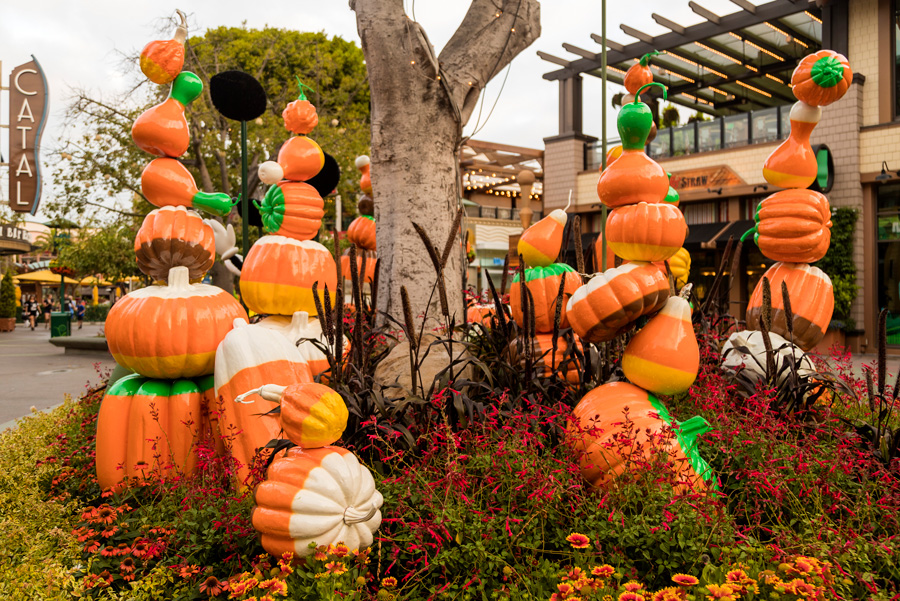 This year, the artisans at the Disneyland Resort created several new displays of candy-themed pumpkins that brighten the flowerbeds throughout Downtown Disney. 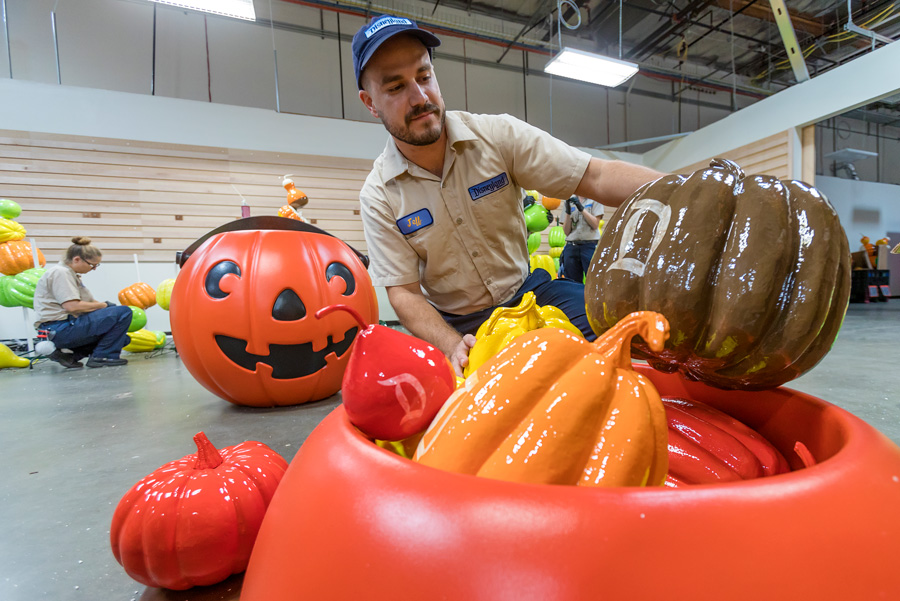 Back in April, the teams from Resort Enhancement and Horticulture got together and decided to “push the envelope” with the different 2019 designs, including this season’s layered “candy” pumpkins. 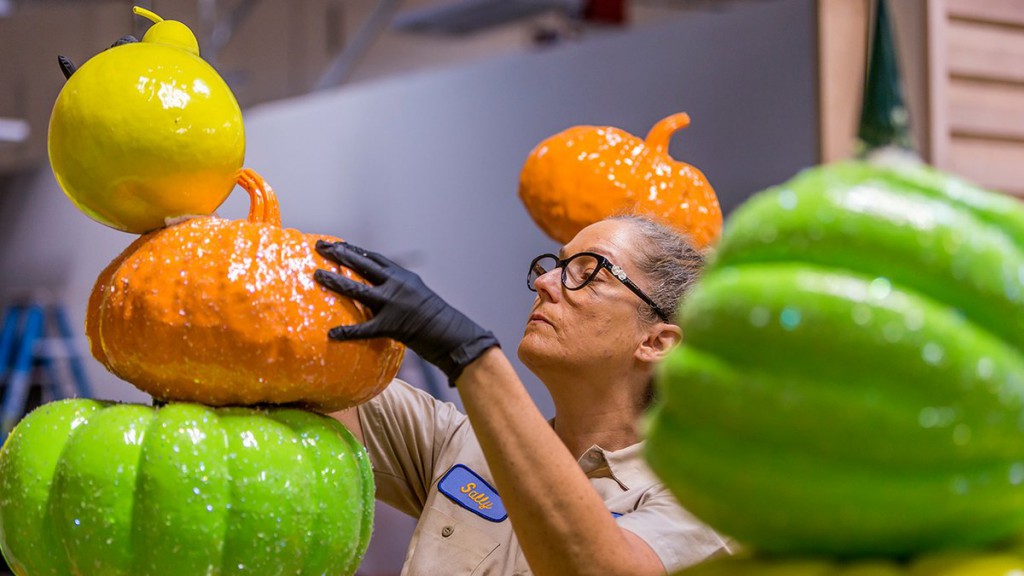 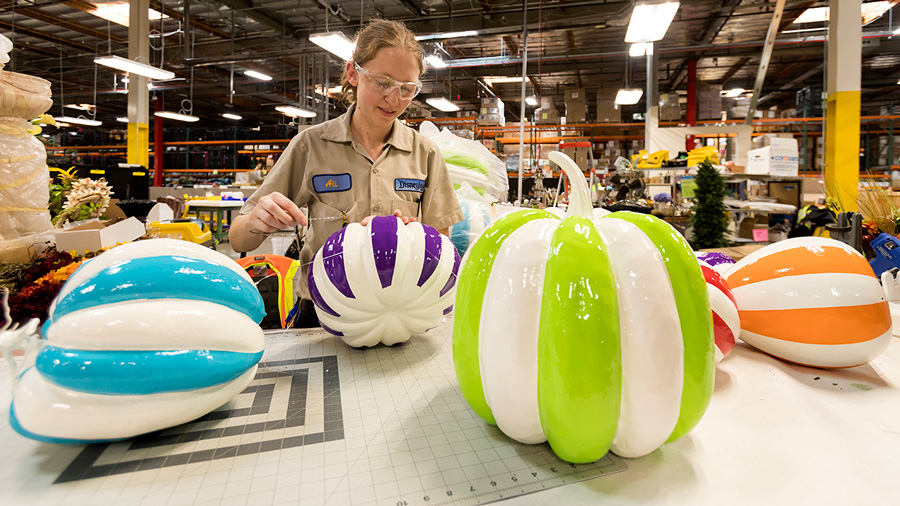 In all, the teams designed 1,100 foam pumpkins that took them over two months to hand paint. Look for candy corn pumpkins in the Mickey Mouse planter, citrus candy glittery pumpkin near Minnie Mouse, lollipop gourds with Daisy, jelly bean and jaw breaker pumpkins by Donald, striped candy pumpkins next to Goofy, and a bowl of candy-coated chocolate pumpkins next to Pluto. 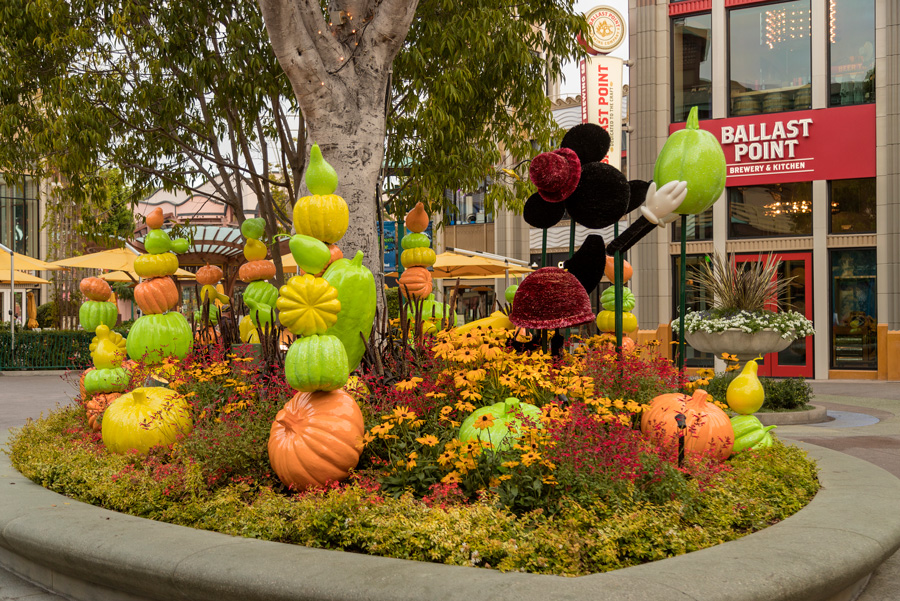 In addition to the foam pumpkins, more than 2,500 pumpkins and 1,900 gourds from local growers complete the displays. 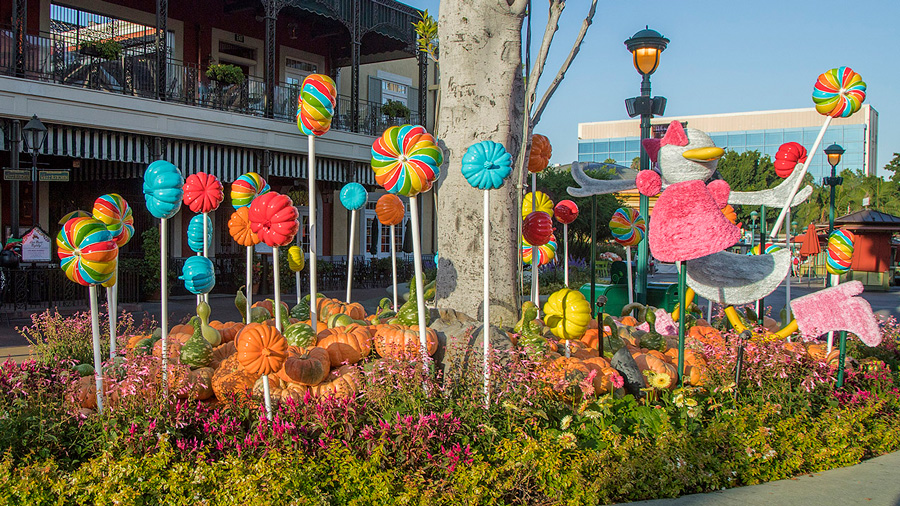 Along with the new displays, guests can enjoy the SCAREolers, performing a cappella Halloween favorites, throughout the Halloween Time season.