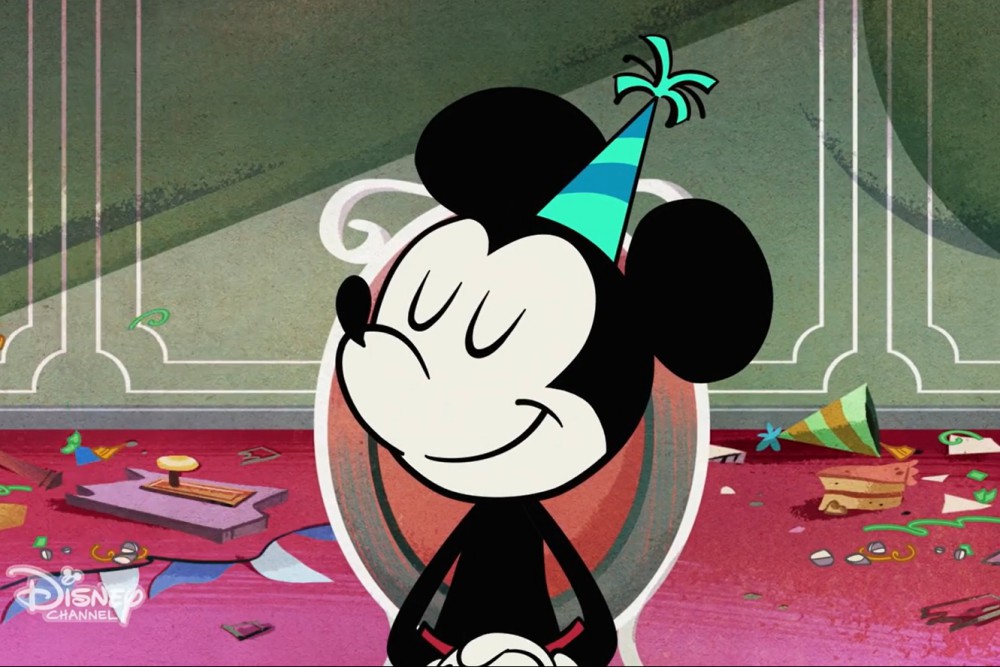 In honor of Mickey Mouse’s birthday on November 18th, D23: The Official Disney Fan Club has shared a clip from a new Mickey Mouse short that will premiere tomorrow on the Disney Channel.

“The Birthday Song” is the first of several shorts that will air every half hour starting at 9:25am (ET/PT). It shows Mickey celebrating his big day while his friends plan something special.

According to Executive Producer and Supervising Director Paul Rudish, “One of the fun aspects of making ‘The Birthday Song’ was being able to tell a story about Mickey’s birthday from another character’s point of view, specifically Minnie Mouse. Her struggles and delight to create something unique and special for Mickey, his very own birthday song, often mirrored our crew’s journey while making the short.”

Take a look at the clip now, then catch the full short as you wish Mickey a happy birthday on Saturday, November 18th!