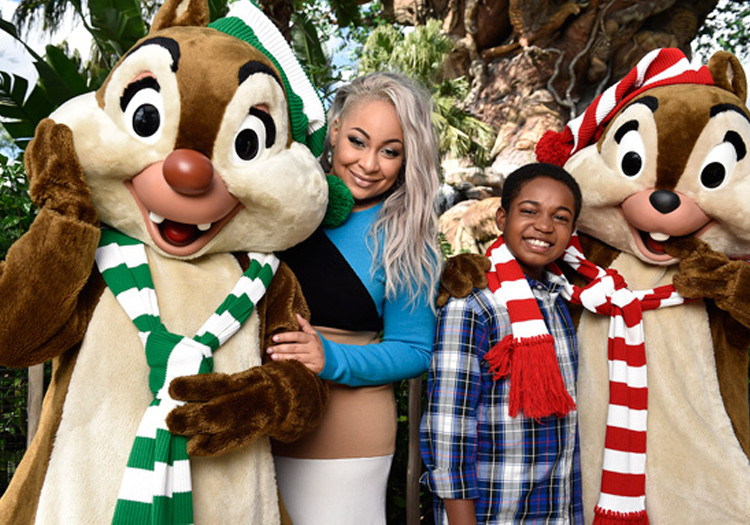 The Disney Parks Blog recently released information on the holiday specials that will air on the Disney Channel and Freeform this holiday season. While we have already reported the details and information on who will be performing for ABC’s “The Wonderful World of Disney: Magic Holiday Celebration” and “The Disney Parks Magical Christmas Celebration,” we wanted to update you with the latest on what you can expect from the entire Disney network of channels.

On Friday, December 1 from 8:00 – 9:30 p.m. Eastern, Raven-Symoné and Issac Ryan Brown (stars from “Raven’s Home”) will host the “Disney Parks Presents a Disney Channel Holiday Celebration.” This holiday special will also air on the DisneyNOW app starting on Friday, November 24! In the “Disney Parks Presents a Disney Channel Holiday Celebration,” you’ll see Dove Cameron, Booboo Stewart, and Sofia Carson from Descendants 2, Asher Angel from Andi Mack, Milo Manheim and Meg Donnelly from the upcoming Disney Channel Original Movie Zombies all having a blast exploring the Disney Parks. In this Disney Channel special, you’ll also be brought along with Booboo Stewart as he gets a sneak peek of Toy Story Land coming to Disney’s Hollywood Studios at Walt Disney World!

Over on Freeform, “Disney’s Fairy Tale Weddings: Holiday Magic” will air on December 11, at 8:00 p.m. Eastern. This hour-long special will give viewers a “behind-the-scenes” look at the Disney weddings and engagements that have happened at both Aulani, a Disney Resort & Spa in Hawaii and Walt Disney World. Also on Freeform later that month is the “Decorating Disney: Holiday Magic,” which airs on December 18 at 8:00 p.m. Eastern. This holiday special is an inside look at how Disney decorates the Disney resorts around the world!