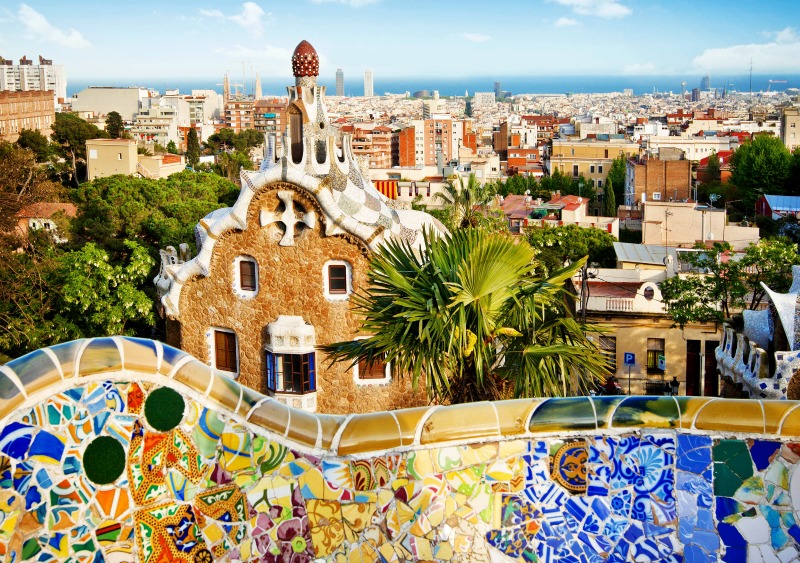 Bookings open to the public on Thursday, February 23, 2017

In summer 2018, Disney Cruise Line will sail on new itineraries and to new ports, including first-time visits to destinations in Italy and Ireland. Disney Cruise Line takes guests on a grand tour of Europe with visits to the Mediterranean, northern Europe, Norway, and Iceland. Plus, adventures continue with sailings to Alaska, the Caribbean, and the Bahamas. New sailings from Rome and Barcelona

For the first time, Disney Cruise Line guests can experience the rich culture of Barcelona and inspiring history of Rome as bookend experiences in a single cruise.

In Rome, guests can explore the Colosseum, the Trevi Fountain, and the Vatican, and sample authentic local cuisine. Barcelona offers beautiful beaches, the market streets of Las Ramblas, the artistic architecture of Gaudi and the famed Sagrada Família church. On June 16, 2018, the Disney Magic will sail a seven-night cruise from Barcelona to Civitavecchia (Rome). Ports of call include Marseilles and Villefranche, France; and Genoa (Milan), Livorno (Florence, Pisa) and Naples, Italy.

On June 23, 2018, the Disney Magic will sail a seven-night itinerary from Civitavecchia (Rome) to Barcelona. Ports visited on this cruise are Naples, Livorno (Florence, Pisa) and Genoa (Milan), Italy; and Cannes and Marseilles, France. Disney Cruise Line will call on Genoa, Italy for the first time in 2018, as part of three special sailings from Barcelona and Civitavecchia (Rome). The historic port town of Genoa, located on the Italian Riviera, is a gateway to the beautiful metropolis of Milan and the picturesque locale of Portofino. Milan is a global capital of fashion and design, featuring top-name designer stores, boutiques, open-air markets and art galleries.

A 10-night Mediterranean itinerary sailing from Barcelona on July 7, 2018, calls on Genoa, as well as other popular ports in Italy, France, and Spain.

The Disney Magic will call on Cork, Ireland for the first time as part of Disney Cruise Line’s first-ever seven-night British Isles cruise, departing on Sept. 2, 2018. Additional ports visited on this sailing include Dublin, Ireland; Greenock, Scotland; and Liverpool, England.

Cork is home to a vibrant culinary scene and a plethora of pubs, shops, and cafes. It invites visitors to connect with Ireland’s ancient past, with historic sites like Blarney Castle, where visitors can kiss the famed Blarney Stone.

Throughout the summer, the Disney Magic’s tour of Europe continues with engagements in the Baltic, Norwegian fjords, British Isles and the Mediterranean. In 2018, the newly re-imagined Disney Wonder will return to Alaska for the summer season, opening up a world of breathtaking natural vistas, magnificent glaciers, and awe-inspiring wildlife. A variety of five-, seven- and nine-night itineraries will depart from Vancouver, Canada, with stops in Juneau, Skagway, Ketchikan, Icy Strait Point and Tracy Arm Fjord. Castaway Cay, Disney’s private island in the Bahamas, is consistently a top-rated destination. In 2018, the Disney Dream will sail a series of cruises that include two stops at Castaway Cay so guests can have twice the fun in the sun and enjoy even more of the pristine island paradise.

On June 6, 20, and July 4, the Disney Dream will sail from Port Canaveral, Fla., on four-night cruises to Nassau, Bahamas, plus two stops at Castaway Cay.

Bookings open to the public on Thursday, February 23, 2017