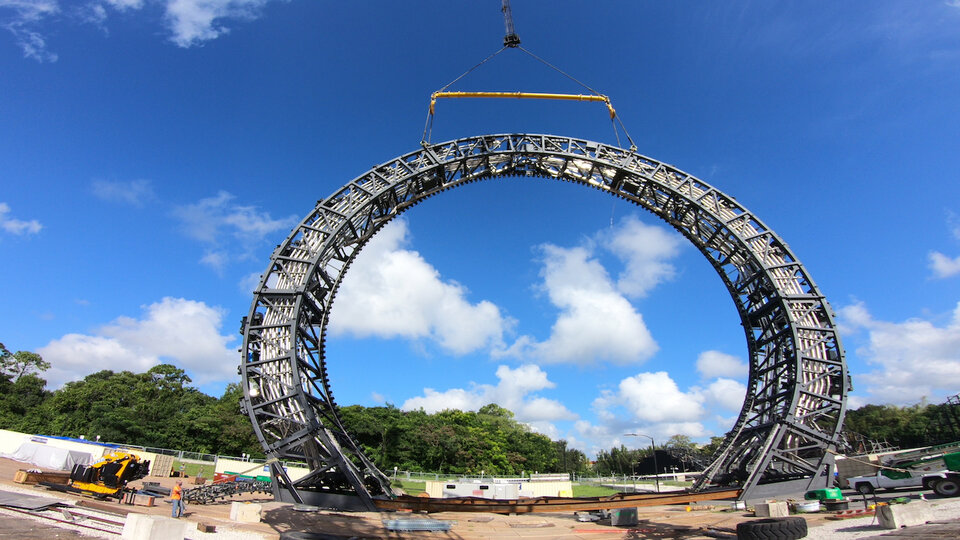 Welcome to the November edition of Disney Rumor Round Up! You can check out the October 2020 installment here. I hope everyone has a very happy Thanksgiving, if you celebrate. We are nearly to the end of 2020, so let’s see what is going on at Disney parks around the globe! Disclaimer: any rumors mentioned in this article are not confirmed by Disney, and may never happen.

We have had a newsworthy month for Disney Parks. While Disneyland is still the only fully closed resort in terms of parks, some things have reopened there. The Buena Vista Street shopping experience is now ongoing at Disneyland resort. Various locations near the front of Disney California Adventure are open not only to shop for all the holiday things you may need but also some dining opportunities are being had. The Grand Californian hotel will also be reopening to DVC guests in December. However, the resort will just be that. Very limited amenities will be available.

Disney gave an update on Avenger Campus in California Adventure as well as Mickey and Minnie’s Runaway Railway. Both projects are still full steam ahead in terms of construction after some delays. Of course, no opening dates yet, but we don’t know when Disneyland will reopen in general just yet. Disney had previously said 2023 for Mickey and Minnie’s Runaway Railway. There was also a note in the update that the Disneyland Hotel DVC tower is still underway. No opening date on that yet either.

Jumping to the international parks, Disney gave us an update on those parks recently. Starting in Paris, we got an update on the upcoming Avengers Campus and the WEB Slingers Spider-Man attraction which will be at Disneyland Resort and Disneyland Paris. Disney also gave us some updated images of Hotel New York – The Art of Marvel. No opening dates on those projects were given just yet.

Disney also shared an aerial image of the large Zootopia expansion coming to Shanghai Disneyland. This will be a brand-new land for the park and include a brand-new, state of the art attraction based on the film. Construction continues on the massive expansion of Tokyo DisneySea as well with the new areas based on Frozen, Tangled, and Peter Pan. This expansion also includes a brand new hotel connected to the park.

Finally, Hong Kong Disneyland just debuted its brand-new castle, after a major transformation to differentiate it from the Disneyland castle in Anaheim. This debut also marked the start of the 15th anniversary celebration of the resort. Notably enough, Disney didn’t seem to comment on the Frozen expansion happening in Hong Kong in this update.

The Magic Kingdom toll plaza repainting has been completed and the Walt Disney World entrance gates are well underway in terms of their new paint. This is all part of the pending 50th anniversary in October 2021. Disney recently said we will learn more on this soon. It’s expected that Disney has cut back on this celebration as we still will have a level of uncertainty in mid-late 2021 as we emerge on the other side of the pandemic and economic recovery. Tron construction continues in the park, and while expected now not to open until 2022, that will be the major addition for the 50th celebration.

There was a recent fireworks test at the Magic Kingdom. Many assumed this means fireworks could be returning soon as Universal has begun their nighttime show on weekends now. This test was primarily to test their recent upgrades from “Project Nugget” to their firework launch pad. These upgrades are rumored by several sources to be part of a future fireworks show, though. Pyrotechnic bursts were used during transitions in the castle projections loop last night, and will continue to be used through December 30th.

Josh D’Amaro did say that the Splash Mountain to Princess and the Frog redo is still on and will be the first of many changes to represent inclusion. Past rumors suggest we would see changes to attractions like Country Bear Jamboree and others.

So much but also so little to say about Epcot. This park is going through a massive transformation and yet so many details on that remain. Disney revealed a few more details recently at their IAAPA virtual expo panel and a D23 virtual panel.

Guardians of the Galaxy: Cosmic Rewind has begun push and pull tests with ride vehicles. This means they are putting ride vehicles on the track and moving them through sort of manually to see how things are. This ride continues to progress. No opening timeframe or date has yet to be given. The expectation based on delays is now 2022, which would line up with the Epcot 40th.

Harmonious, the brand new nighttime spectacular that Disney is billing as their largest ever, continues as well. Disney shared images of the massive centerpiece barge being put together. These barges will remain out in the lagoon all day. This will be considered an eyesore to many, but to help with that, Disney will be using fountains to create daytime ambiance. This reportedly will be coupled with some new background music in World Showcase. Disney isn’t considering this a show per se, but it may be to some.

The last bit of new news we received was that Spaceship Earth will be receiving a new lighting package. Originally, according to MickeyViews, there were supposed to be new projections as part of the festival center, but with that building canceled, they had to change things around. Disney also noted that the entrance fountain will be completed before the end of the year.

Some things we haven’t heard about in a long while are the Spaceship Earth refurb, Play Pavilion, Journey of Water, and what they are doing with the giant dirt field in Future World. These projects should still be happening however, changes of course have happened. Like I mentioned, the festival center is no more, but Disney is in the process of making changes to where it would have been. That area is really the biggest question mark.

Lastly, Disney did confirm that Ratatouille will open in 2021. They did not give a timeframe, but per multiple sources, it should be in the early 2021-spring 2021 timeframe. Many believe March is the target.

No news is good news I suppose? Neither park has anything new to really report on. Hollywood Studios is very much still the most popular park with it having the newest additions. Over at Animal Kingdom, the new goat exhibit is nearing completion for the animals to arrive. Legendary Disney Imagineer Joe Rohde did announce his retirement, though, and this leaves Animal Kingdom without its visionary going forward. Something certainly to watch.

Disney commented on a few other thing recently as well. The big one was the Star Wars Galactic Starcruiser. This new hotel experience is still being planned to open in 2021. Disney shared new images from inside the rooms. This experience is a 2-night stay aboard the Halcyon and will include a special transport shuttle to the planet of Batuu. The hotel, while very limited in capacity, will have a high price tag with the rumors and expectations of being in the neighborhood of $1600+ a night.

Bob Chapek, on the most recent earnings call, stated that Disney is now at 35% capacity at Walt Disney World. He did not elaborate on this but did note they have become very creative with capacity limits. Many have believed they raised capacity a while ago due to the increase in crowds at the parks. Many do forget though that in those early couple months they weren’t even touching the 25% capacity they previously had set.

Finally, Chapek discussed Disney Cruise Line. The CDC has given guidance on returning to cruising. So far, Disney has not said when they expect to return to cruising, but did note they are looking at ways to do so. One thing that caught the attention of many is that they could create a Disney bubble of sorts with their ships to keep people safe. Disney also said the Disney Wish will debut in 2022, and then the other two ships in 2024, and 2025. This is a delay from their previous announced debuts.