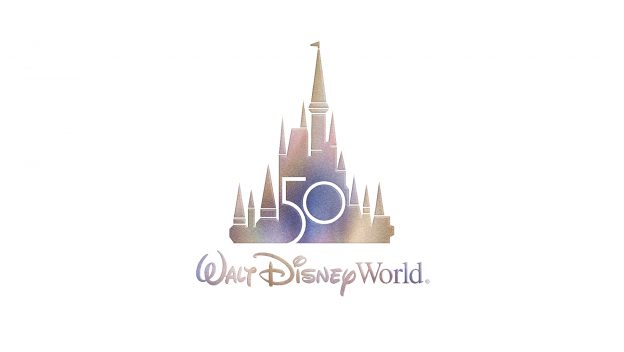 Welcome to the October edition of Disney Rumor Round Up! You can check out the September 2020 installment here. It’s nearly time to put up the Christmas tree! However, before we do that, let’s dive into some rumors. Disclaimer: any rumors mentioned in this article are not confirmed by Disney, and may never happen.

Disneyland remains the only Disney park around the world that has yet to be opened. The state of California recently put out guidelines that allow the park to open to 25% capacity when the county reaches the yellow tier of their recovery plan. Disney quickly responded to these guidelines, basically saying they are upset with the demands and that this will cause the park to be closed for the foreseeable future. The guidelines also do not allow indoor queueing which, given some of the smaller areas of Disneyland, could be quite problematic.

Disney will be opening Buena Vista Street for the holiday season, however. Select dining and retail locations will give guests a glimpse inside the park for the first time since March. This could very well lead to the same happening in other areas of California Adventure, or possibly even Disneyland.

Bob Chapek was recently on CNBC and commented that the Walt Disney World parks are at 25% capacity. Now, he did not elaborate (and we don’t know the metrics they are using for this), but several other sources say this is the case. Plenty of people have speculated that Disney raised capacity limits as the parks look so much more crowded. Looks can be deceiving, though. More people are coming to Walt Disney World. Back in July and August, Disney was not coming close to that 25% cap.

Now they are coming much closer to the cap, and it shows as wait times are longer and queues are spilling into walkways. Some other aspects people forget is that the lines are socially distanced, creating a longer queue than would otherwise be there. Rides are also operating at lower operating capacity than previously as well. A ride like Pirates of the Caribbean isn’t filling the entire boat, but rather only a couple of rows.

The 50th anniversary, and what may or may not happen for it, remains the big topic of conversation for Magic Kingdom and, really, all of Walt Disney World. Disney did recently open up rooms and packages for the official 50th anniversary date and beyond. Recent rumors from several sources indicate that Tron, the shining new coaster that was said to be a part of the 50th anniversary, may not make it. One source from WDWMagic says it could be well into 2022 before it opens. Work on the canopy that will cover the exterior track of the coaster is still underway, but that is about all we can see. This rumor is definitely something to keep an eye on.

Last month, we had rumors regarding Paint the Night potentially making its way to Magic Kingdom. That possibility does still remain, but so much is still in flux given the pandemic. The Tomorrowland Transit Authority Peoplemover keeps seeing refurbishment extensions now into 2021. Fireworks and parades may not even be feasible for Disney come October 1st, 2021 either. Many hope to see plans unveiled soon, but I think Disney will wait as long as possible with so much uncertainty still.

One thing we do know for sure is that the toll plaza for the Magic Kingdom parking lot and the entrances to Walt Disney World property are getting a facelift with glistening new colors reminiscent of the 50th anniversary logo Disney has put out. It is likely we will see more color schemes like this throughout the Magic Kingdom area as we approach the 50th.

Electric Umbrella is no more. Slow progression continues to take place on the Innoventions areas that are behind walls. We still don’t know exactly what is happening there given the current situation and the loss of the festival center.

Guardians of the Galaxy: Cosmic Rewind is in a very similar situation to Tron. Several sources are saying that Guardians will be pushed to 2022 and looked at as an addition for the 40th anniversary of Epcot, which is October 1st, 2022. We can’t really see what progress may or may not be happening with this new coaster since it’s all covered up and interior. One would hope we don’t have to wait too long.

Remy’s Ratatouille Adventure is reportedly testing! Now, this doesn’t mean it will open soon. Multiple sources say we are still looking at 2021, and with the other two huge attractions potentially being delayed, this could be the big new thing for 2021.

Lastly, Harmonious is still moving along. The large ring for the main centerpiece barge has been installed. A permit was recently filed as well for work in World Showcase Lagoon in regards to the show. This show is still looking at a 2021 debut. I think a lot depends on potential delays and when fireworks can safely happen.

Hollywood Studios remains the most popular of the four parks in terms of reservations right now. Rise of the Resistance is operating more consistently, but still with low capacity. Disney is hoping to change that though as they have installed plexiglass on ride vehicles to try and increase the number of riders per vehicle.

Rumors also indicate that we could see the expansion of virtual queues to more attractions soon, including Smuggler’s Run and Jungle Cruise at Magic Kingdom. There have been rumblings about virtual queues since the parks reopened, and with more people coming, I don’t think anyone would be surprised to see this rolled out. Other Disney parks around the world have instituted various virtual queue systems as well.

Not a lot happening for Disney’s Animal Kingdom except for the new exhibit underway toward the end of Kilimanjaro Safaris. The new warden station has been constructed and the rumors indicate that it will be an area for a new type of goat. The area is still being worked on, so we will have to see what comes about.