Disney Rumor Round Up September 2020 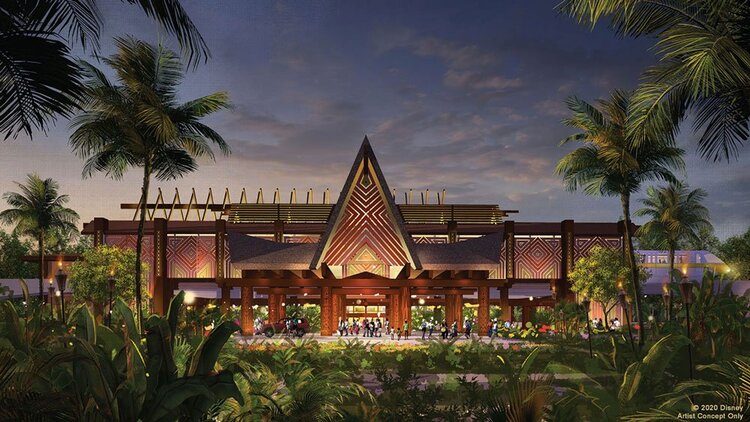 Welcome to the September edition of Disney Rumor Round Up! You can check out the August 2020 installment here. Can’t believe it’s fall already! Hope you are enjoying your favorite pumpkin flavored beverage while diving into some rumors. Disclaimer: any rumors mentioned in this article are not confirmed by Disney, and may never happen.

Disneyland in California remains closed while Hong Kong Disneyland recently reopened with a schedule of being open 5 days a week. The state of California has yet to give Disney reopening guidelines there as local officials are growing uneasy with not being able to reopen some businesses. Everyone hopes to hear more on a Disneyland opening soon. Aulani finally did get the go ahead and begins phased openings November 1st.

We did get some Disneyland news this month as Mickey and Minnie’s Runaway Railway has been delayed at Disneyland until 2023. Originally, it was set for 2022. One may think this is a long delay, but many have mentioned it’s roughly a 5-6 month delay rather than a year. Moving from a likely late 2022 opening to an early-spring 2023 opening instead. There has been no update on opening Avengers Campus in California Adventure.

Over in Tokyo, they opened their Beauty and the Beast expansion this month alongside a new Baymax ride and Minnie Mouse area. This is a highly anticipated trackless dark ride which Disney has shown off some incredible new audio animatronics for.

Walt Disney World announced this month that their water parks would not open until March 2021 at the earliest. Annual passholders are in turn getting a partial refund for this extended closure. When the water parks do reopen, Walt Disney World has updated their website to say that only one will reopen at first, rather than both.

Lastly, in terms of Walt Disney World, Disney released concept art for some of the upcoming work at the Polynesian Village resort. This project gives the resort a new main entrance as well as updates to the monorail station. The rooms are set to see subtle Moana-themed additions. Various rumors state that previous plans for this renovation had the resort adding even more DVC rooms with a potential tower for more rooms. Obviously, that is not happening at this time, but it is interesting to see Disney continue to look at additional Disney Vacation Club inventory in the Magic Kingdom area.

We are growing ever closer to October 2021. We don’t have much of an idea yet on how the 50th will look, and with the current state of the parks and the world, things are ever changing. With that, sources at wdwmagic say that Paint the Night will be on its way to Walt Disney World for the 50th. Now, this parade will have to change as the Cars/Mack float cannot physically make the Magic Kingdom parade route. It’s yet to be seen if they would just cut it or add a new float for Magic Kingdom.

Many sources are indicating that the Splash Mountain renovation into Princess and the Frog is on hold. Some do say that Disneyland’s version is likely to move forward, but the Magic Kingdom mountain may be on hold with other plans possibly down the line.

Epcot remains the most in flux park. Things are constantly changing and being re-evaluated. Demolition of Electric Umbrella has resumed, and much of the structure is now gone. Work on the rest of the former Innoventions buildings continues slowly. Guardians and the Play pavilion also are inching along. Rumors from wdwmagic say that Guardians is costing Disney $450 million. For some perspective, Galaxy’s Edge (just one land, not both) cost $1 billion, and Pandora cost between $500 million and $1 billion.

Remy’s Ratatouille Adventure should be complete soon, but that doesn’t mean it will open soon. According to sources, there is some back and forth and some within Disney want to open the attraction in 2020 but others are looking to wait to 2021 when things are better or at least looking better. The Future World area continues to go through design changes after the festival center has gone away.

Epcot and Disney tested some fireworks this month. This seems to be for systems upgrades and other on going work at Epcot for Harmonious and not related to fireworks coming back to the parks anytime soon.

Rise of the Resistance continues to lack consistency. Some days it loads 100 or more boarding groups, and other days, much less than that. It doesn’t seem that there is a specific fix for this either, otherwise Disney would’ve likely done it by now.

Fantasmic is drained as evidenced by aerial photos from Twitter user @bioreconstruct. This is likely due to maintenance but also indicates that the show doesn’t seem to be returning in the short term.

Animal Kingdom doesn’t have a whole lot going for it right now in terms of rumors. We are still awaiting the return of shows at Walt Disney World. Actors Equity had an agreement to come back, and distancing markers appeared at Festival of the Lion King, but it has yet to open.