‘Paint the Night’ and ‘Disneyland Forever’ are HUGE hits for Disneyland 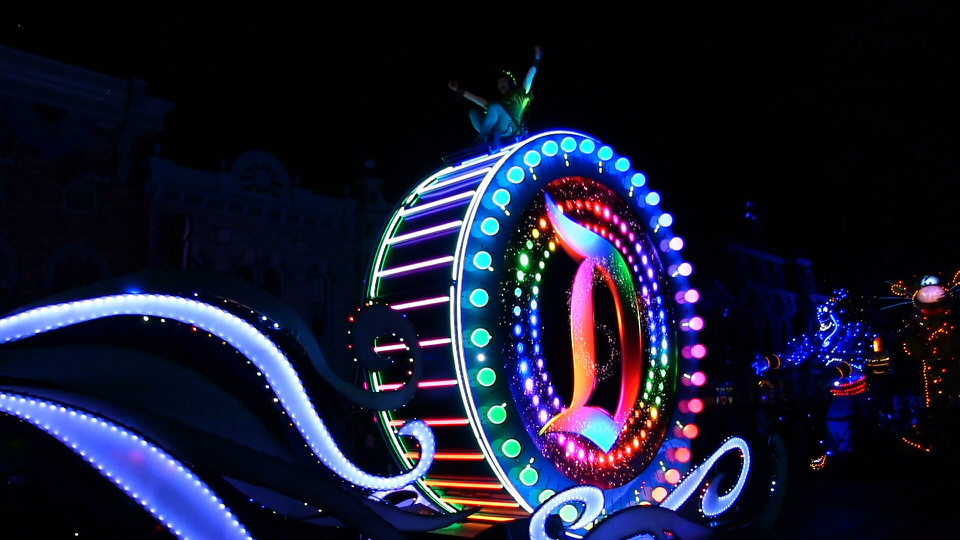 Simply put, ‘Paint the Night’ and ‘Disneyland Forever’ have now set a high bar for nighttime entertainment at every Disney theme park. Disneyland needed to impress for their 60th Anniversary celebration and instead they went above and beyond with the two shows that will hopefully have a home at Disneyland long past the 60th.

‘Paint the Night’ originated in Hong Kong Disneyland, but has been re-imagined for Walt Disney’s original park. Instead of using old fashioned lights like the ‘Main Street Electrical Parade’, the new parade utilizes more than 1.5 billion LED lights and it is so bright you could probably see it from a plane if you were flying above Disneyland Park. ‘Paint the Night’ features some new elements for its run in California including a drum float, just like Main Street Electrical Parade (including some music sampling), as well as Anna and Elsa from Frozen. ‘Paint the Night’ is the type of nighttime entertainment that can be watched over and over again. Each viewing of the parade can include different lighting cues based on where you are standing. Plus, the parade is just extremely pretty and the floats are larger than life. The floats even make the ‘Festival of Fantasy’ parade at Walt Disney World look small. As great as ‘Paint the Night’ is, ‘Disneyland Forever’ is a fireworks show that every Disney fan must see. ‘Disneyland Forever’ essentially replaced the 50th Anniversary fireworks show ‘Remember… Dreams Come True’ and although it doesn’t celebrate the Disney parks like its predecessor, it does highlight some of the best musical numbers in Disney movies and it does a great job at it. The best part of ‘Disneyland Forever’ is the addition of projectors on Main Street USA, Sleeping Beauty Castle, Matterhorn, it’s a small world, and Rivers of America making it possible to have a different experience no matter where you choose to watch the show. If you’re right in front of Sleeping Beauty Castle, you will have a perfect view of the fireworks, Tinker Bell, Nemo and projections on the castle and the Matterhorn, but if you choose to set up camp on Main Street, you’ll find yourself completely immersed by projections on all of the buildings around you. It might be harder to see those little details that you’d get if you were closer, but the view of the fireworks is still great and you get a VERY unique show. In addition to hearing your favorite Disney songs during ‘Disneyland Forever’ like Step in Time, Heffalumps and Woozles, Circle of Life, Under the Sea, and When You Wish Upon A Star, Disney Legend Richard Sherman has also written two new songs for the fireworks show. The theme ‘Live the Magic’ fits the mood of the show perfectly, but the outro song ‘Kiss Goodnight’ is icing on the cake. Disneyland has stepped up its game for the 60th Anniversary in a big way. If you only get one night to spend at Disneyland, make sure you stake out a spot for the incredible ‘Paint the Night’ and ‘Disneyland Forever’ or you’re missing out on some of the best entertainment Disney has ever put together.