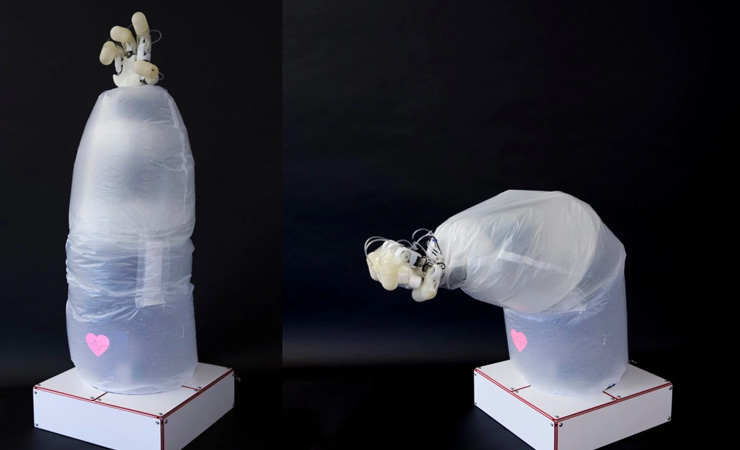 According to Tech Crunch, a research and development team working for Disney are creating a soft robotic arm that is similar to Baymax, the lovable robot from the animated film Disney’s Big Hero 6. Just like Baymax this robotic arm has an “internal projector that can show status or information to nearby people.”

While this technology is extremely fascinating, it is unlikely going to show up in the theme parks anytime soon as it is still in a just a prototype.