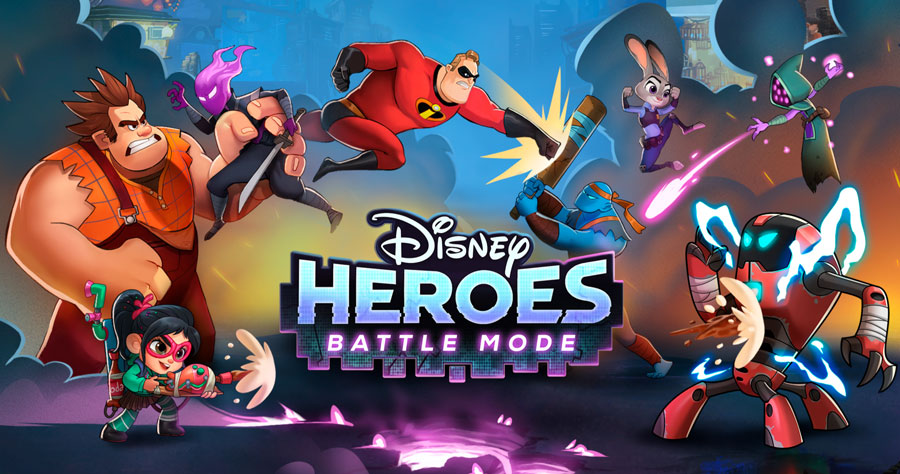 Disney’s new addition to the mobile gaming market allows players to create teams of 5 Disney and Pixar franchise characters and watch them slug it out with an evil digital virus. Disney Heroes: Battle Mode is now available at the App Store and on Google Play, and is a combined effort between Disney and game developer PerBlue.

The game gives players the opportunity to create a formidable force of 5 characters, choosing between notable personalities from Disney properties such as Toy Story, Monsters Inc., Zootopia, Wreck-It Ralph, Pirates of the Caribbean, and Wall-E.

Fans can unlock new powers and abilities for each character and watch unique dialogue occur between them, depending on the different combinations the player chooses for their roster. A user might have Jack Sparrow on a team with Elastigirl, or see Judy Hopps fight alongside Buzz Lightyear.

The game involves a simple and relaxed combat system, with the team of characters battling waves of foes, attacking automatically at set intervals. While Disney Heroes: Battle Mode is free to play, the game does allow in-app purchases for upgrades.

Disney Heroes: Battle Mode for Android and IOS is available for purchase now.