Disney Limits Guests to One Boarding Group Per Day for Star Wars: Rise of the Resistance Attraction 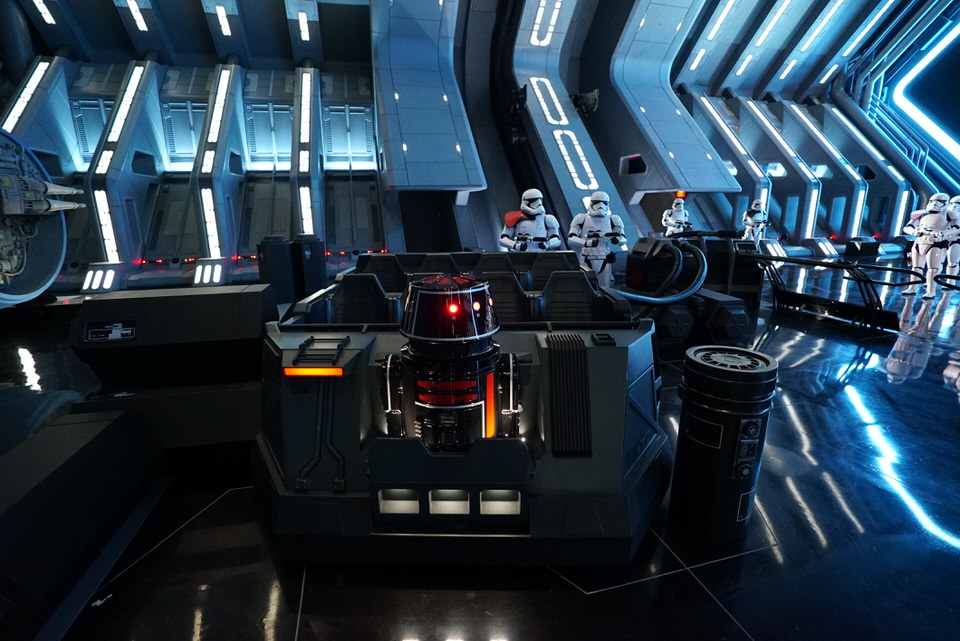 The much-anticipated Star Wars: Rise of the Resistance attraction opened inside Star Wars: Galaxy’s Edge at Disney’s Hollywood Studios on December 5, 2019, and each day so far, guests have been required to join a Virtual Queue – which is called a “Boarding Group” in My Disney Experience – in order to experience the ride.

Many raving reviews have been posted online and for four days straight, the Boarding Groups have filled for the entire day by around 9:00 a.m. leaving a large number of guests unable to ride the wildly popular attraction that day.

Disney has issued a statement within the My Disney Experience app advising guests that they are now limited to only one Boarding Group per day which should hopefully alleviate the issue and allow more guests to experience the attraction. 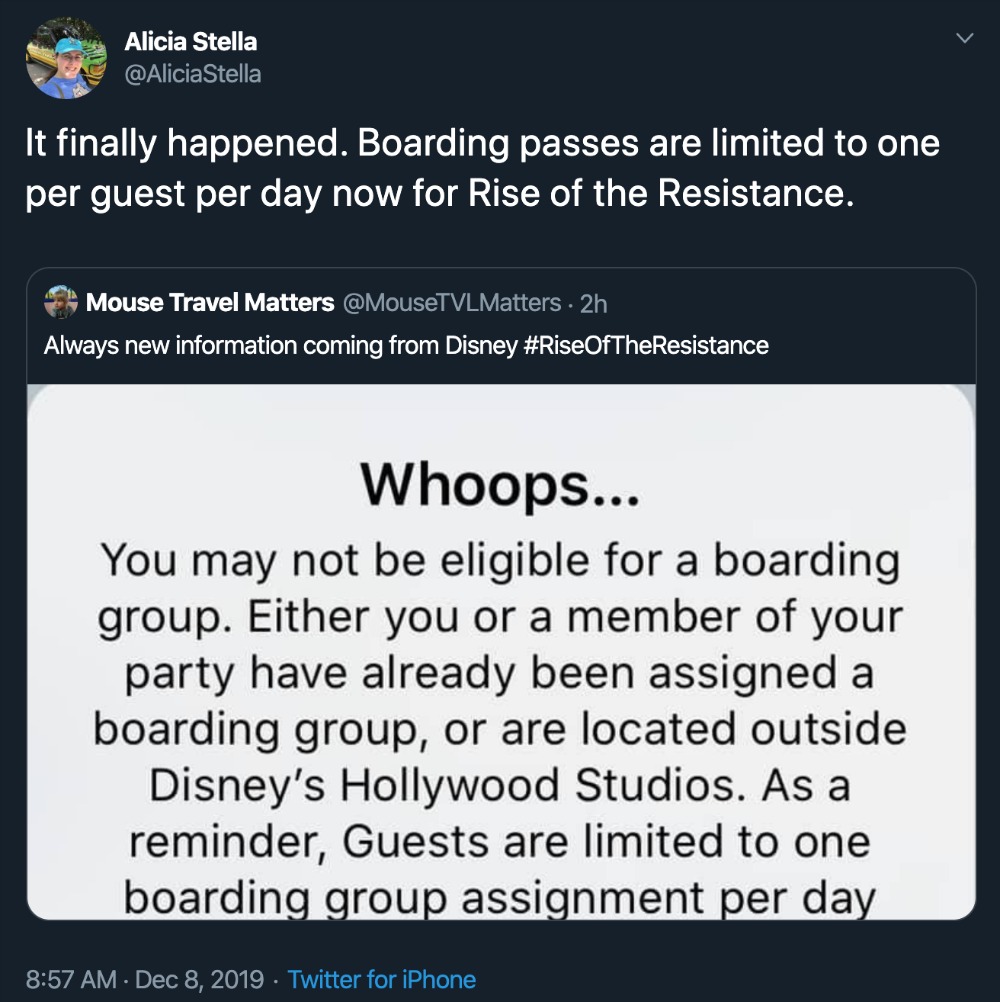 You can see the full message displayed in the My Disney Experience app in the image below. 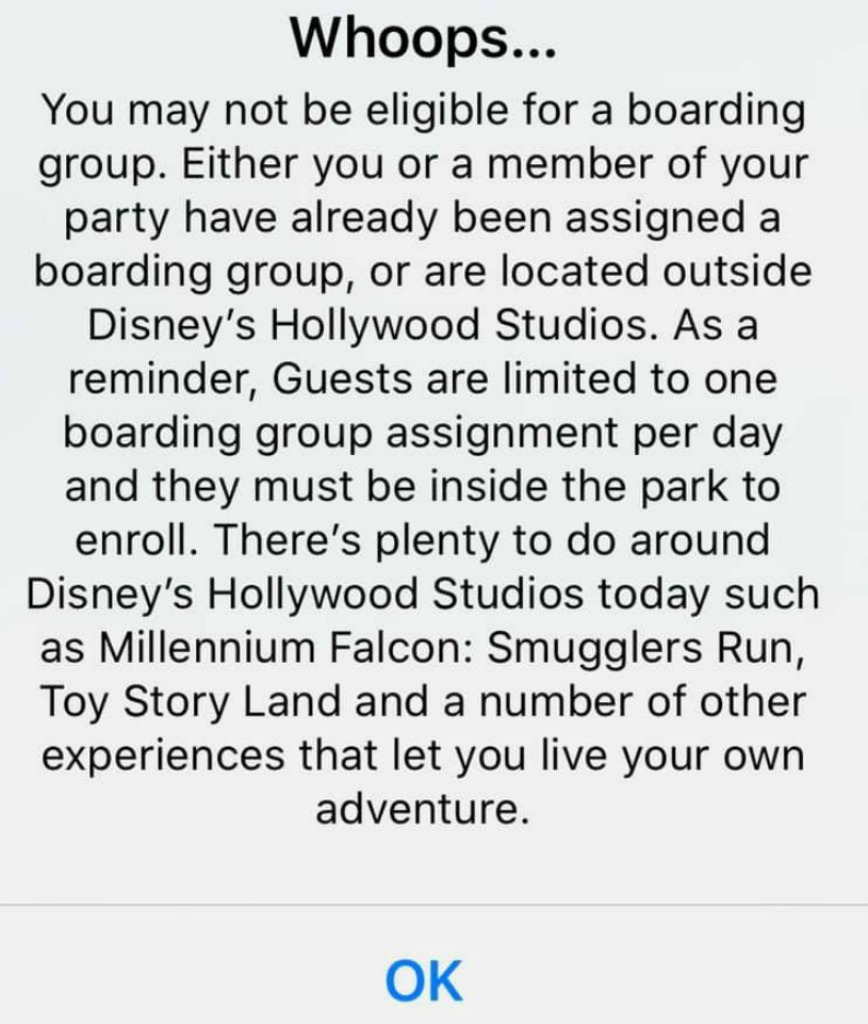