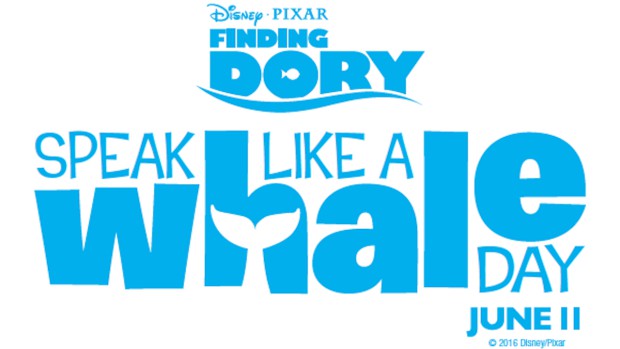 In honor of the upcoming Disney-Pixar animated feature “Finding Dory,” Disney Parks will be celebrating Speak Like a Whale Day on June 11, 2016.

Both Disney Springs in Walt Disney World and Downtown Disney in Disneyland will get into the action with a live DJ, games, prizes and activities, including a chance to attend “Whale Speak University,” where guests can learn to give the whale language a try.

Experts from Walt Disney World’s Animals, Science and Environment Team will help guests find Dory and her friends in the 5.7 million gallon aquarium at The Seas with Nemo & Friends in Epcot.

Guests can also check out the recently updated Turtle Talk with Crush attraction at Disney California Adventure and Epcot to meet some of the new characters from “Finding Dory,” including Destiny the whale shark, Bailey the beluga whale and Hank the septopus.