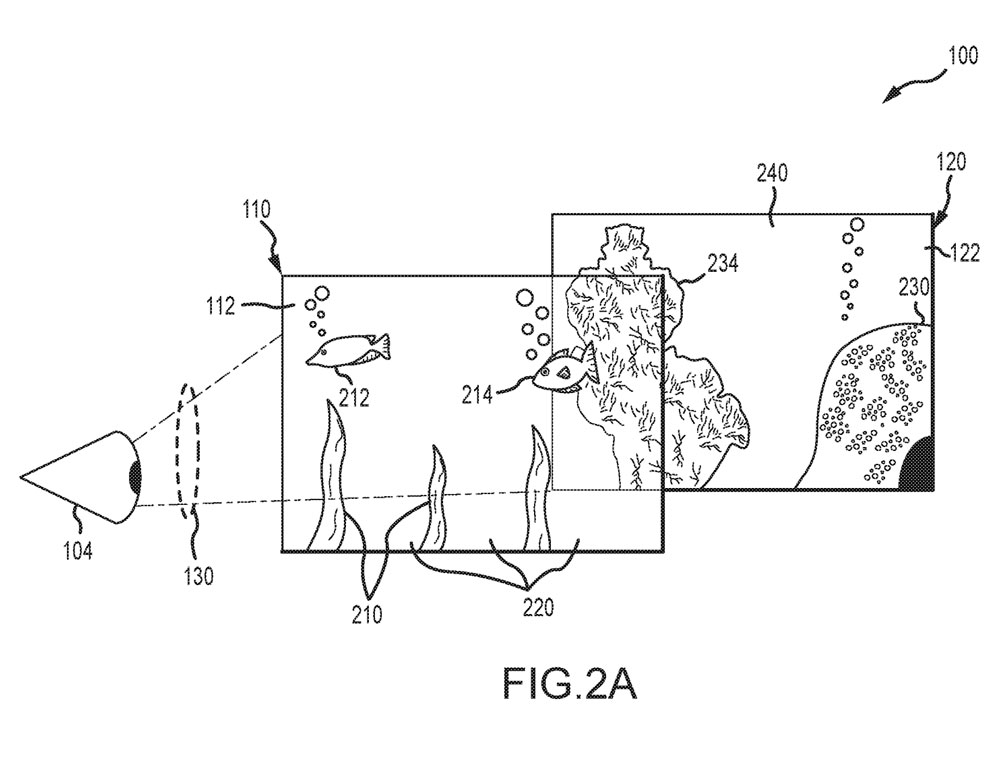 It is plain to see that modern media consumers still desire 3-D entertainment, yet with all of the strides the technology has made since its inception, most displays still require the use of special glasses. A patent application from Disney Enterprises Inc. has just been published which aims to solve that problem with the use of layered transparent OLED screens.

Most 3-D entertainment guests see on a regular basis operate on the same principle. Different perspectives of the same object are displayed to each eye; the right eye sees something different than the left, and that parallax creates the illusion of depth. To achieve this effect, accompanying glasses are involved. While this has not slowed down the steady stream of expensive 3-D cinema experiences, it does present an annoyance to those wishing to view 3-D content from their home or, more importantly for Disney Parks, guests wishing to enjoy a 3-D screen-based theme park attraction.

There is another problem with current 3-D technology the application lays out: “Typically, 3D projection is used only in low light environments and is not particularly effective in applications where there is a significant amount of ambient light such as an outdoor venue during the daytime (e.g., an amusement park or athletic stadium in the morning or afternoon where conventional 3D video image projection cannot compete with sunlight).”

Disney’s patent application outlines a system that works on a simple principle. Two transparent screens spaced apart from each other, one in front of the other, would form a foreground and a background which would provide depth to the viewer. This idea has been tried before with LCD screens, one transparent layer over a non-transparent back layer. The problem with those systems, according to this patent, was significant light loss between layers do to the LCD technology’s light absorption. Disney’s solution is to used transparent OLED — organic light emitting diode — screens instead.

This system could also implement an additional interactive element, where touching the foreground object could alter the background display. The application specifically references this use in games or tabletop displays.

As must always be acknowledge, the existence of a patent application does not guarantee the use of referenced technology. Whether this 3-D system makes its way into new park attractions or customers’ homes is anyone’s guess. If successfully implemented, though, guests could be open to a new, more comfortable world of 3-D attractions.