ShareTweetSubscribe
One day after its official launch, Disney+ has already exceeded 10 million subscribers. Prior to its launch, analysts forecasted that Disney+ would reach upwards of 8 million subscribers by the end of this year with the help of Verizon Wireless’s complimentary one-year subscription to its unlimited wireless customers. Disney is offering potential customers a seven-day free trial and it's not likely that everyone who takes advantage of that free week will convert into paying customers. As we reported yesterday, Disney’s new streaming service had some technical difficulties when it launched, but that did not stop new users from flooding the sign-up page.

Disney-owned Hulu, which has an advertising-based streaming model, claimed more than 28 million subscribers in May. Of those subscribers, 26.8 million are monthly paying customers, while the remaining have promotional accounts. Netflix claimed more than 60 million paid domestic members in its third quarter of 2019 and over 97 million international paid members.

Midday on Wednesday, Disney’s stock was up more than 3% on the news while Netflix's shares were down 1%. 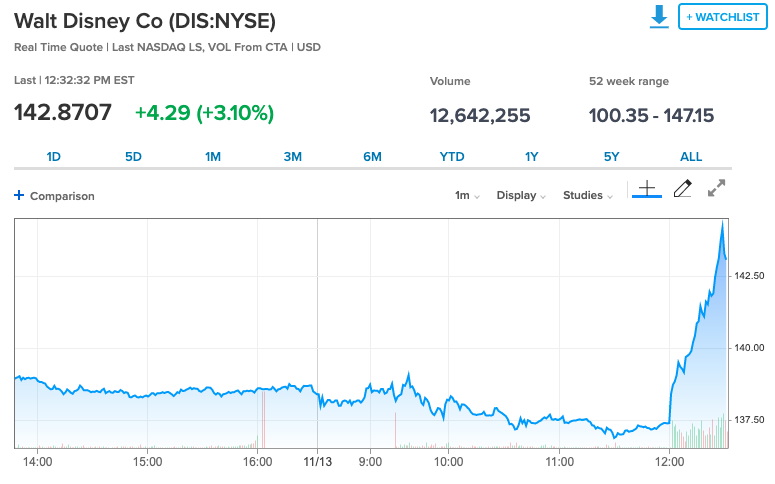