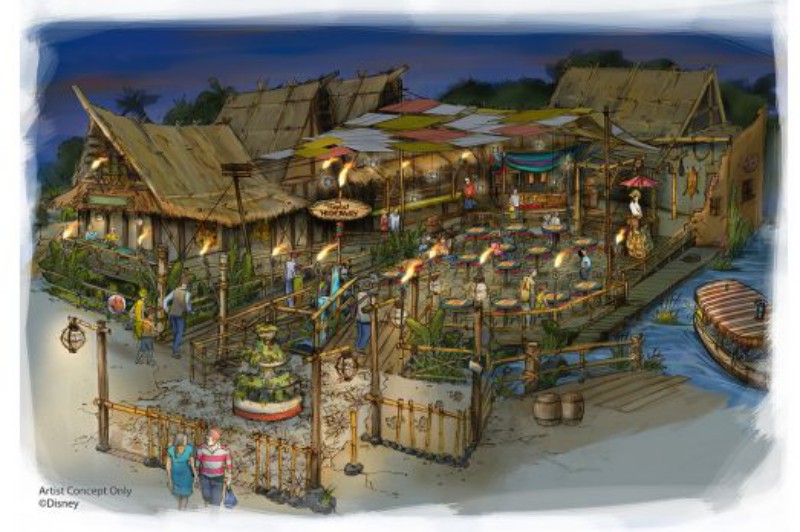 10/30/18 UPDATE: After many years of performing with the bird mobile choir of Walt Disney’s Enchanted Tiki Room, Rosita, the friendly cockatoo is set to head out on a solo career of her own. 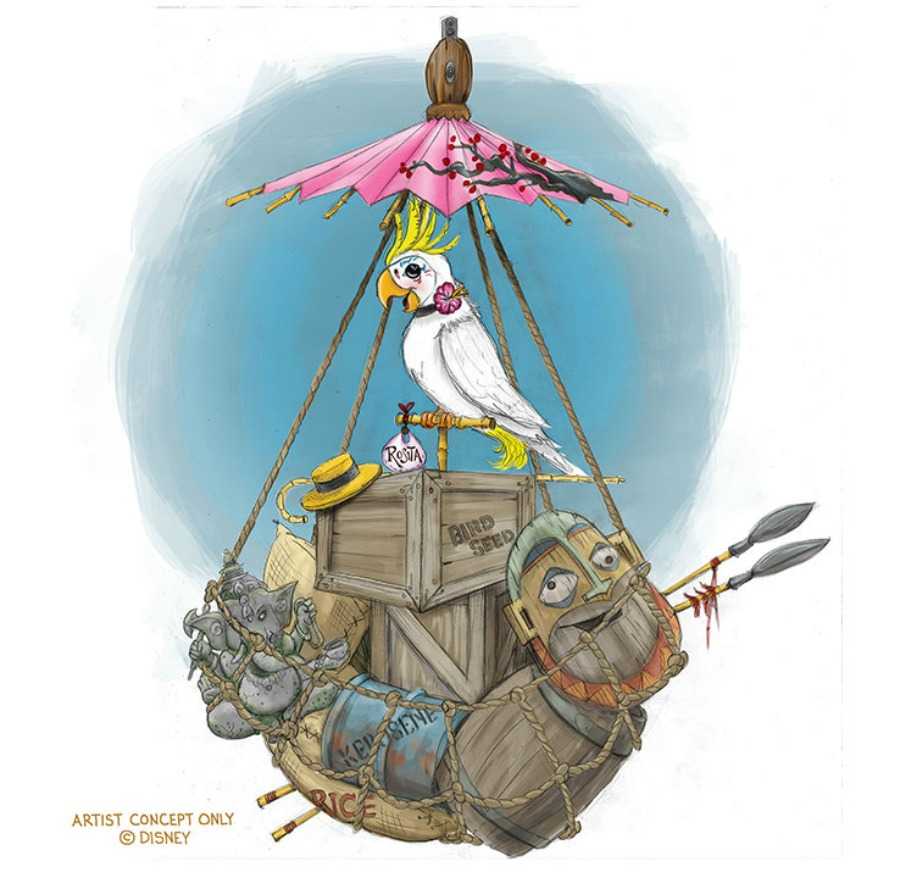 Once The Tropical Hideaway opens, guests can find her on the river’s edge at the loading dock. It’s been said that Rosita will be looking forward to meeting travelers from around the world who have stopped into The Tropical Hideaway. Additionally, Rosita has a collection of zingers and one-liners that are sure to make any Jungle Cruise Skipper proud!

Back in February, the Disneyland Resort announced The Tropical Hideaway, a new eatery coming to Adventureland. Now the Disney Parks Blog has released a few more details, including a look at some of the treats that will available when the location opens later this year. The Tropical Hideaway, in the former Aladdin’s Oasis location, will allow guests to sit on an open-air dock, listen to the “musical sounds of the tropics,” and enjoy the Jungle Cruise waterfront. At night, tiki torches will light the area.

The menu, which reflects treats “from all corners of the world,” will include a variety of bao buns (Spiced Vegetable Bao, Kaffir Lime Chicken Bao, Bulgogi Beef Bao), a chilled ramen salad, and other tropical-inspired snacks. For dessert, grab the Sweet Pineapple Lumpia, filled with pineapple and sweet cream cheese. There is still no word on an opening date for The Tropical Hideaway, but Walt Disney’s Enchanted Tiki Room next door is scheduled to reopen on October 3rd.