Managing the Social Dynamics and Expectations of Your Disney Travel Party 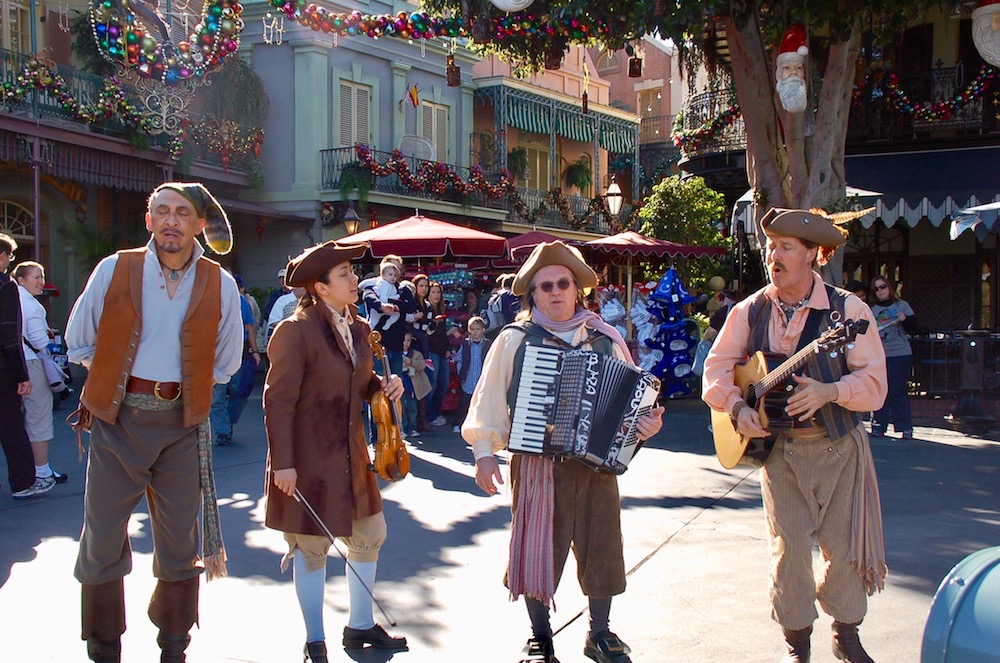 As the planners of these elaborate Walt Disney World or Disneyland Resort vacations, we have high expectations. Not just of the holiday itself but also the people who will be joining us. We are so busy packing in as much action, magic and once-in-a-lifetime sparkle as possible that we often set the bar too high for those around us.

Here we are going to look at six different theme park scenarios that can divide your group and require a diplomatic approach.

The first thing you will establish is how everyone feels about mornings. Generally, you have two distinct camps. The first is the early morning, set-your-alarm clan who wouldn’t dare be at the parks any later than rope drop. Then there are the ones that consider this their vacation time and will sleep in until they are comfortably ready to make their way into the parks. Starting out on the wrong foot in the mornings can break the social dynamic for the entire day. Make sure you know how everyone in your party feels about mornings and make your plans accordingly. I’m going to let you in on a secret: It is okay if everyone makes their way into the park when it suits them.

Power Walking vs. The Moseyers

This one may seem self-explanatory; however, you need to consider more than just whether or not other people walk quickly or slowly when at home. Consider that Disney can morph even the slowest of walkers into a runner when the right motivational carrot is dangled. I have a somewhat above average walking speed in my everyday life, though I can admit that once I am inside those Disney gates, my stride increases a good 25% — helping me dart and weave through crowds to my next destination. My sister calls this my “Disney Walk.”

Consider the group of people you are planning your trip for and how motivated they are for the activities on the agenda. Try and make intuitively balanced decisions about pacing your schedule at the right speed for everyone in your group. Remember that there is nothing wrong with leaving a bit of extra time here and there. It often brings you the unexpected experiences or discoveries you would never have come across. Another consideration here are any physical conditions that might slow your group down. No one wants to feel like they are holding everyone back, so make allowances for physical difficulties, medical conditions or breaks from the weather.

Adults generally either love or hate spending time meeting characters in Disney. I can be seen hugging Tigger for a quick snap after my children have finished with their cuddles — I’ve mentioned before, I won’t leave my mate Tiggs hangin’! That said, spending park time stuck in Character Meet and Greet lines with no children isn’t my scene. However, I know that for lots of other people, especially those with medical conditions or disabilities that prevent them from riding some attractions, meeting characters is an entertaining way to pass the time and create a different type of memory. Having been pregnant while visiting a theme park before, I know your options can be limited. Make time to build these interactions in for the people who want them or consider booking them a FastPass for a character while you FastPass an attraction that won’t be suitable for them.

Everyone has a secret number in mind when considering how long each attraction is worth waiting for. Every experience has value; the problem is that the perceived value isn’t the same for everyone. While you might be perfectly content to eat a pretzel and wait for 2 hours in the perfect fireworks viewing spot, someone else in your group might prefer to ride attractions until the last second and watch the show while walking past the castle to the next stop. Excitedly willing to wait 2 hours for Avatar Flight of Passage at Disney’s Animal Kingdom? Don’t be surprised if others in your party won’t last that long. Manage expectations to avoid communal disappointment.

There are several factors at play when it comes to mealtime. Expense, quality, time and quantity to name a few. It is safe to say that if you are traveling with more than one other adult, the chances of your party agreeing on the perfect mixture of these priorities is going to be low.  I find that once again there seem to be two distinctly different ideas when it comes to meal time in parks. There are those that want to make an elaborate booking to take advantage of an experience which can only be had within the parks. Conversely, there are those who want to optimize their time visiting attractions, therefore preferring quick service to fuel up and go. If you analyze the opinions of the group you are in, you might see a correlation between the Waiters (noted above) and the Table Service supporters, as both tend to possess the stop-and-smell-the-roses personality trait.

Let me preface this by saying it is easier to park hop in the Disneyland Resort than it is in Walt Disney World due to the close proximity of the two entrances. For those of you that are not familiar, they are literally across a walkway from each other. When you are visiting Disneyland, your group can easily split up, park hop, take a break or reconvene without issue. There is no transport required between the two parks or Downtown Disney, thus eliminating many of the downsides for park hopping in Walt Disney World.

Comparatively, WDW also offers Park Hopper Tickets, though depending on your to and from locations, you may be looking at a bit of downtime in transit. Ironically, it is because of this distance that the ability to visit any of the incredible dining options within the other parks may well make Park Hopper worth it alone.

To hop, or not to hop, that is the question. You may find that people in your group feel very strongly one way or another, so before you go mixing up your FastPasses, check that everyone you are booking for is comfortable making the trek from one place to the other.

Of course, on all fronts, you get the fence-sitters who identify with a little of both perspectives on each scenario. Those are the ones that tend to be less likely to rock the boat. Reward that fluidity and make sure you ask them for their opinion or perspective anyway. It is easy to overlook people who don’t create waves. Appreciating the ease of their participation is essential.

If you are planning a trip with other adults, don’t forget to take a quick survey of how they feel about your plans before it’s too late to change them. Sometimes the best way to combat different interests is to make doing things separately part of the schedule. It will give you a lot more to talk about when meeting up later with everyone if they are satisfied with how they spent their day.

Invite your travel party over for dinner and chat about everybody’s priorities. Casually investigate the consensus to the questions above and run through a proposed schedule without sounding like that Disney-crazed maniac they already know you are but nobody mentions.