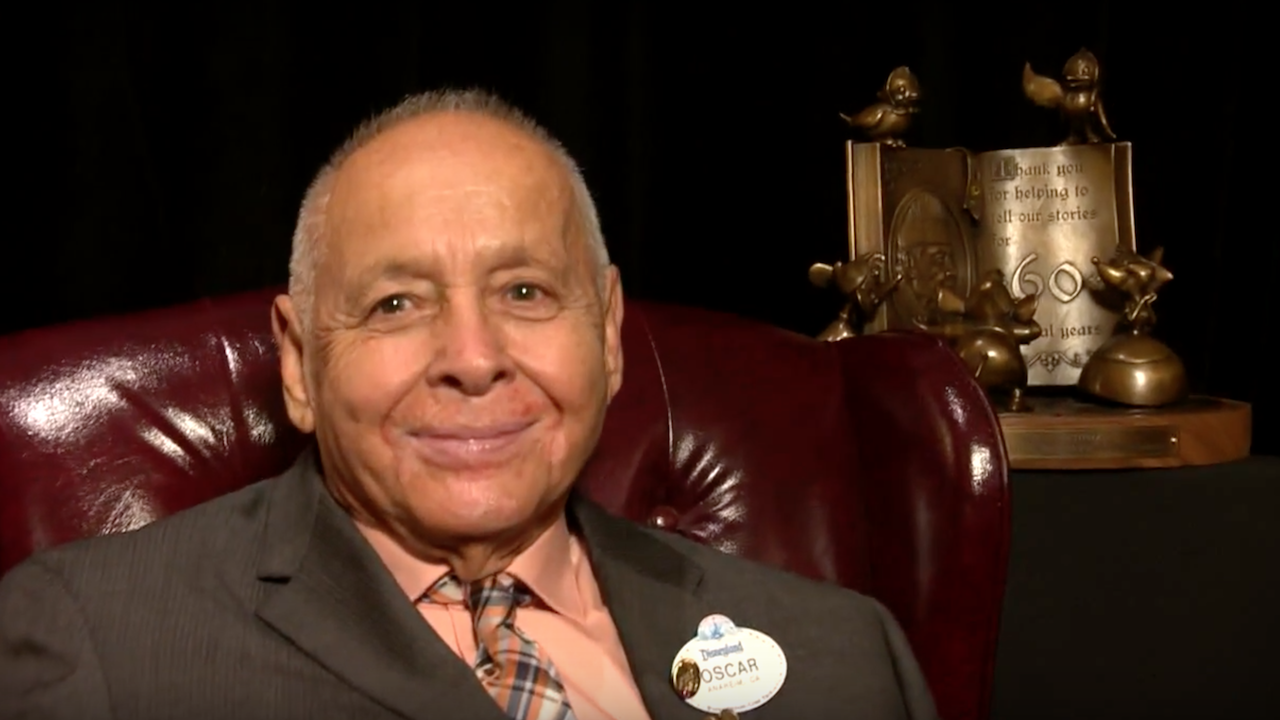 Disneyland recently honored cast member Oscar Martinez with a 60-year service award. For the past 50 years, Oscar has been a cook at Carnation Café on Main Street, U.S.A. at Disneyland Park. He began his career on December 29, 1956, working as a busboy in quick-service restaurants in Fantasyland.

For Oscar’s milestone anniversary, Walt Disney Imagineering created a special award just for him, inspired by the movie Cinderella. His 55-year award was created just for him as well, and was inspired by the film Snow White and the Seven Dwarfs. Oscar is well known at the restaurant for chatting with the guests, and sometimes even sitting down at their tables with them. Oscar even has a dish named after him: Oscar’s Potatoes, which he has been making for years. The Disney Parks Blog actually shared the recipe for his potatoes back in 2011: