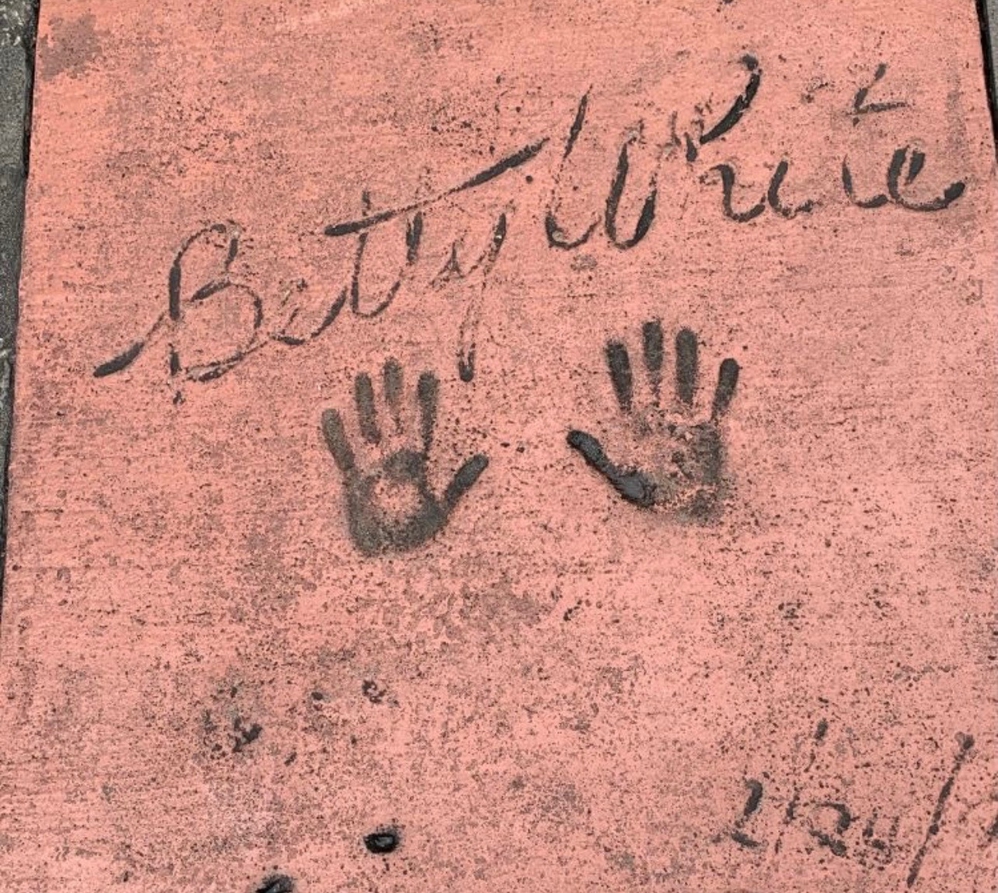 I had no idea that Betty White was a Disney Legend. There are so many fun facts and so much to celebrate from her 99 years of life; we will all miss this beloved American icon. She passed away over the holidays, not quite making it with us to the new year ahead. Her Disney ties run deep, her comedy continues to light up our television screens, and even now she keeps me calm on those nights of insomnia when fears try to overcome me. I turn on the television to find The Golden Girls (because it’s always on TV or streaming at 2 a.m.) and her class act and grace keep my mind sane, allowing me to fall asleep with Rose chatting within my subconscious.

In 2009, Betty White was awarded Disney’s highest achievement as she was named a Disney Legend. Bob Iger and Minnie Mouse personally graced and honored Betty White at the Hall of Fame program to a cheering crowd. Adorned with a flower corsage, butterflies on her jacket, warm smile, and witty, intelligent humor, she became forever part of the Disney family. Her story that day about wishing for and then being gifted by her parents the first Mickey Mouse doll ever made, and still having it in her home that day, was so special because we can all relate to loving our treasured Disney mementos. After the speeches, Ms. White stood for an ovation next to Minnie Mouse and fellow Legend Robin Williams stood with Mickey Mouse next to him. How poignant.

Today, January 14th, Disney+ will honor Betty White by airing a National Geographic documentary entitled Betty White Goes Wild! This documentary will highlight her love of animals, the zoos in California on whose executive boards she served, and her animal protection, welfare, education and rescue efforts. She was passionate about television and animals and often blended the two worlds together, including becoming an author. She was also celebrated in her own Little Golden Book! I am looking forward to watching this show which was filmed in 2013.

The best place in the Disney parks to celebrate her legacy is at her cement block in Disney’s Hollywood Studios in front of the Chinese Theater. Look down and see if you can find her handprints (2-24-91). Unfortunately her bust, which was located close by as part of the Television Academy Hall of Fame area, was returned to California a few years back along with that of her fellow female pioneer in television, Lucille Ball. We can find Betty White’s works of acting and comedic talents on Disney+ and Hulu.

Hulu houses her most famous roles in The Golden Girls, The Mary Tyler Moore Show, as well as her appearances in episodes of Saturday Night Live, Ugly Betty, and 30 Rock just to name a few. Disney+ also has many performances of Betty’s, including her voice talents in Prep & Landing, the voice of Bitey White (a toy tiger) in Pixar’s Toy Story 4, Forky asks a Question and The Proposal. Her body of work on Hulu and Disney+ is plentiful. We are so blessed.

There is a Yiddish proverb that we always say in our family, “We plan and God laughs,” Betty White was just shy of becoming a centenarian, so close to her special birthday, so close to the turn of the year 2022, and I’m sure only Betty could appreciate God’s ‘humor’ as she planned her special day with the whole world. She’s laughing with her beloved animal spirits which she cherished and was her true purpose in life, her work with animal education, animal welfare, and animal rescue. She didn’t need 100 years; she had 99, and it was enough. I thank Betty White for being our friend. God bless you, Betty White, and may you rest in peace.

Thank you for being a friend.