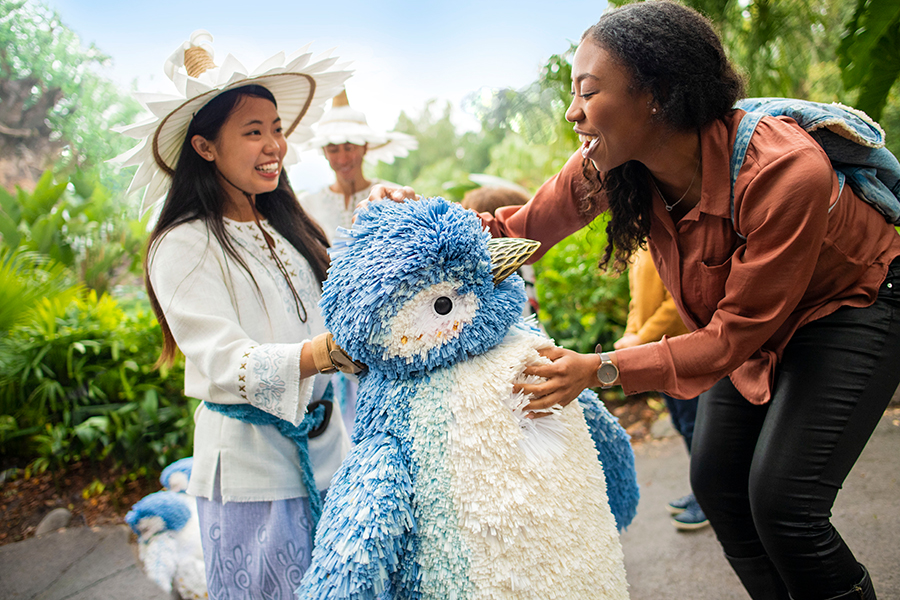 Earlier on Friday, we shared details on the celebrity narrators and dining packages for the beloved Candlelight Processional and we’ve got some more holiday news to share with you.

I know, friends, it’s not even Halloween yet, but Disney has released all sorts of information for the upcoming holiday season and we’re HERE for it! Grab your cup of cocoa and buckle up because some of our favorites plus a new thing or two are headed our way.

We’ve already shared some details on the new Very Merriest After Hours event that is taking place at Magic Kingdom this year in place of Mickey’s Very Merry Christmas Party on select nights in November and December. Disney has announced that there is a new stage show coming as well! Guests attending the event will be able to watch Mickey and his pals in a new show that will be presented on the Cinderella Castle Forecourt Stage. The show will feature nods to classic Magic Kingdom holiday stage shows, including “Mickey’s  Twas the Night Before Christmas,” “Celebrate the Season” and “Mickey’s Most Merriest Celebration.”

Some familiar attraction overlays are making a comeback as well; Monsters, Inc. Laugh Floor will have holiday shenanigans exclusively during the event, while the popular Jingle Cruise will sail throughout the holiday season.

Club Tinsel will return to Rockettower Plaza Stage in Tomorrowland for the cheeriest dance party you’ve ever seen and the Reindeer Wranglers bring their holiday hoedown to the streets of Frontierland during event nights.

Guests visiting Magic Kingdom during regular operating hours will be happy to know that they’ll be able to join in on the holiday fun as well. On evenings when Disney Very Merriest After Hours is not being held, Cinderella Castle will take on a festive appearance with special projection effects, providing a colorful backdrop for guests’ photos. Throughout the evening, bursts of holiday magic will transform Cinderella Castle with a rotating series of designs, followed by a stunning transition in which the iconic Magic Kingdom Park landmark will shine as a Beacon of Magic, illuminating the night with an EARidescent glow.

As a part of this year’s holiday entertainment at Disney’s Animal Kingdom, the Merry Menagerie of winter animals, realized in the form of life-size, artisan-sculpted puppets, will return to Discovery Island. Reindeer, foxes, polar bears, penguins and more interact with guests, accompanied by serenading musicians as they create a whimsical display and playful atmosphere.

At Disney’s Hollywood Studios, Sunset Seasons Greetings returns as holiday magic will transform the famous Hollywood Tower Hotel into a Muppets gingerbread masterpiece, a “Toy Story” toy hotel, a snowy corner of Arendelle and a Dickensian village from “Mickey’s Christmas Carol.” Additionally, “For the First Time in Forever: A Frozen Sing-Along Celebration” will add a festive finale, featuring everyone’s favorite snowman, Olaf, and celebratory songs of the season.

Let’s not forget about the EPCOT International Festival of the Holidays that is back this year from November 26 through December 30, 2021! Disney announced that the beloved Holiday Storytellers will return this year as well and we’re so happy about that! Click on the link above to see the list of Holiday Kitchens that will be at the Festival this year too!

What are you looking forward to seeing during the holidays at Disney World this year? Are any of your favorites on the list of what’s coming back?