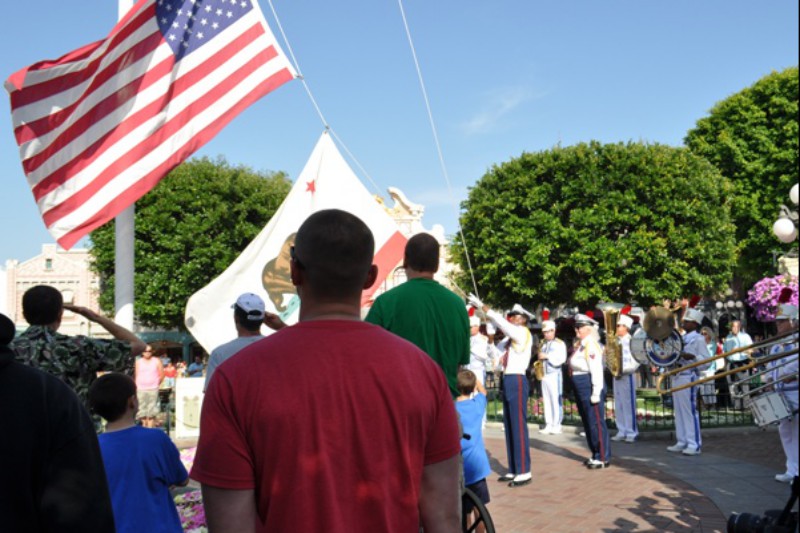 The Disneyland Resort has confirmed that the afternoon Flag Retreat will return to Disneyland Park this afternoon. It will be the first time the ceremony has been held since January 8th, when construction began on the tracks for the Horse-Drawn Streetcars.

Each afternoon, an honor guard lowers the flag at Disneyland Park with great ceremony. The Disneyland Band and the Dapper Dans usually assist in the pageantry, as they honor America and acknowledge members and veterans of our armed forces.

The Flag Retreat’s schedule can change based on the season, but this afternoon’s ceremony begins at 4:15pm. Overnight, most of the walls in Town Square were removed allowing for the ceremony’s return. Earlier in the week, the walls in the Hub were removed as well, but work on the tracks along Main Street itself is still being completed.

The Main Street vehicles are expected to return on March 16th, so all construction is expected to be done by then.