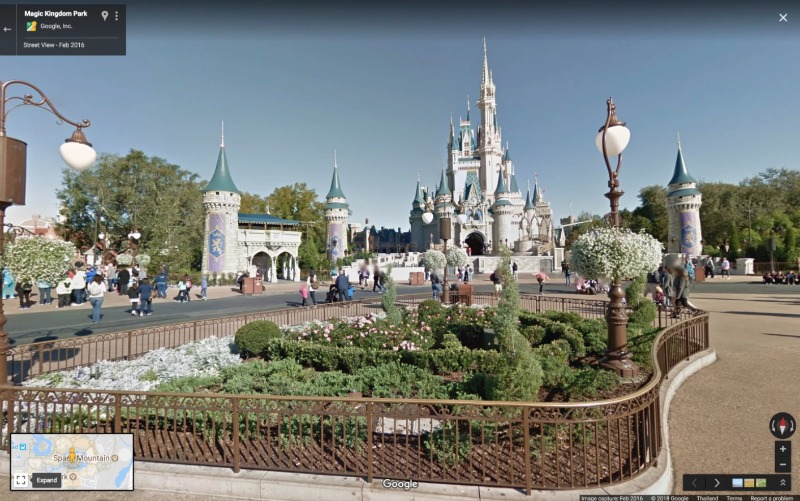 ShareTweetSubscribe
Do you remember seeing reports of Google working on street views of Disneyland late last summer? Announced just this morning, Google has made a self-guided tour of both Walt Disney World and Disneyland available in their Maps app. All you need to do is head over to Google Maps and launch Street View. Street View within Google Maps has continually been a fun and easy way to virtually walk through the streets of different cities and towns. Now, Disney fans can immediately transport themselves, virtually, right to the streets of the beloved theme parks. On the list of the destinations that Google suggests you visit in Street View is Disney California Adventure Park including Guardians of the Galaxy - Mission: BREAKOUT!, Epcot including the Morocco pavilion, Magic Kingdom Park, Pandora – The World of Avatar, Disney Springs, Hollywood Studios, Mickey & Minnie’s Houses at Disneyland, and Typhoon Lagoon Water Park. Let's hope that Google takes its Street View Trekker camera to the other Disney Parks around the world so we can explore them all. Source: TechCrunch
ShareTweetSubscribe