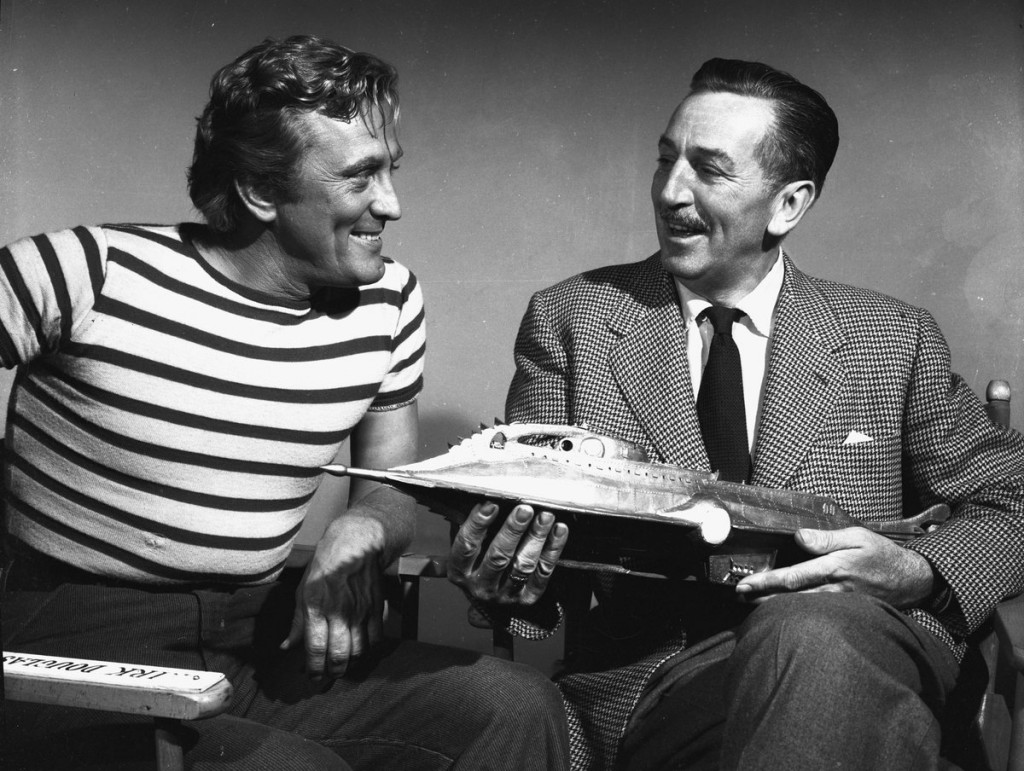 ShareTweetSubscribe
Kirk Douglas, who stared in the first all live-action movie at The Walt Disney Studios, died today at the age of 103. Douglas played Ned Land in 1954's 20,000 Leagues Under the Sea. Michael Douglas, son of the classic actor, confirmed the news on Instagram:

"It is with tremendous sadness that my brothers and I announce that Kirk Douglas left us today at the age of 103."

In addition to his Disney resume, Douglas known for his appearances in Spartacus, Seven Days in May, Champion, and The Bad and the Beautiful. He was nominated for Academy Award three times and was awarded an honorary award in 1996. Douglass is survived by his wife, three sons, and seven grandchildren. Source: The Walt Disney Family Museum / Variety
ShareTweetSubscribe