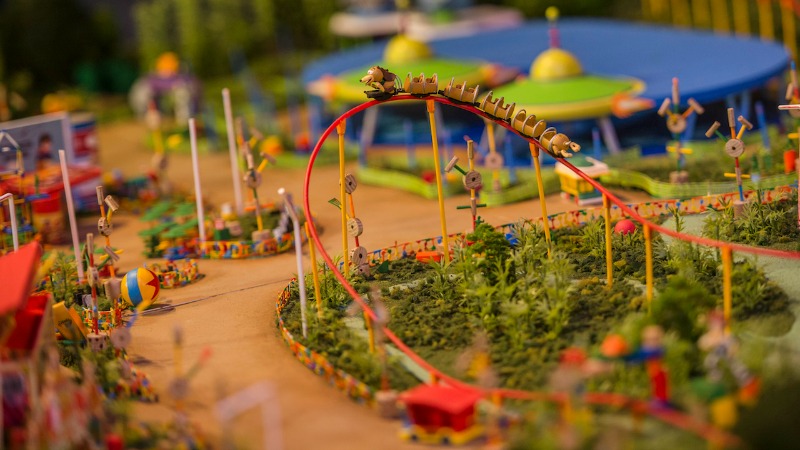 The much-anticipated Toy Story Land is set to open to guests at Disney’s Hollywood Studios in the Summer of 2018 and for the first time, a model of this exciting new land is on display now at Walt Disney Presents!

Toy Story Land will shrink its guests down to the size of a toy allowing them to investigate details we saw in the Toy Story films of Andy’s backyard. Take a look at the video below from our visit today along with some close-up images that have been shared by Disney Parks for a look at some familiar toys and scenes you may recognize from the films. You’ll also see some of the intricate detail that was created by Disney Imagineers for the new land as well as its two major attractions – Slinky Dog Dash and Alien Swirling Saucers. The Slinky Dog Dash attraction is a family coaster themed as though Andy used his Mega Coaster Play Kit to build it. The Alien Swirling Saucers attraction was designed after a toy play set that Andy got from Pizza Planet. The Aliens will fly around in their toy flying saucers while trying to capture the guests’ rocket toy vehicles with “The Claw.”