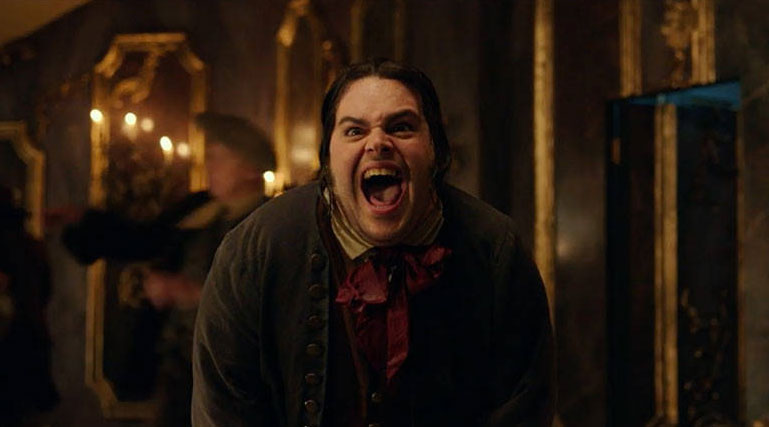 Have you ever sat around watching Beauty and the Beast, silently pondering the horrifying implications of a castle where almost every object is actually a human under a spell? Evidently, you are not alone. A scene that sadly didn’t make it into the film references what is almost definitely the worst transformation any of the servants had to endure: becoming a living commode.

In the deleted scene, which occurs during the showdown between Gaston’s local thugs and the castle’s animate objects, LeFou (Josh Gad) seeks shelter from the battle and hides in the bathroom. Nowhere in the castle is safe, however, and Lefou is confronted by the dread Monsieur Toilette.

We don’t get much, as the clip is very brief. The original version of these events even had a scene where LeFou meets Toilette at the end, after the spell has been broken and the objects are back to their human form. Stephen Merchant voiced the porcelain peasant, and the scene was a favorite of star Luke Evans. During a People interview Evans told his co-star, “What I miss, which we shot and is not in the film, is you having a fight with the toilet.”

Luckily for fans who wish these scenes hadn’t ended up on the cutting room floor, the Blue-ray release of the film will contain these deleted scenes. Monsieur Toilette’s love interest Mademoiselle Bidet will not be on the Blue-ray, probably because I just made her up.