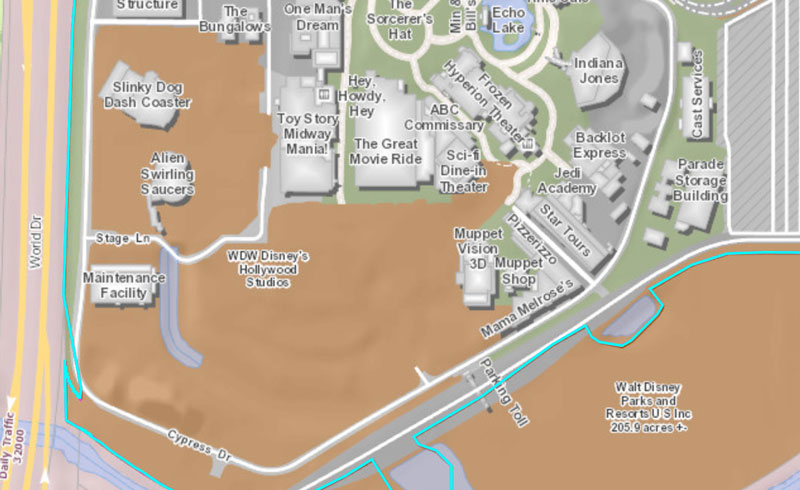 A notice of commencement was filed with Orange County today which lists a new structure to be built on Cypress Drive in Disney’s Hollywood Studios. The permit is for construction of the “foundation, steel structure, core & shell” of the building.

Cypress Drive wraps around the majority of Hollywood Studios’ perimeter, and most attractions do not use the street as an official address. Along with backstage areas, the street also borders the new Toy Story Land and Star Wars: Galaxy’s Edge, both currently under construction. This project is being handled by the Whiting Turner Contracting Company, who have been heavily involved with Galaxy’s Edge development. While numerous attractions and eateries are being built for the new areas, this permit could also apply to a number of other non-guest related structures. Without more information at hand, the nature of this building remains speculation.

We will update this story as more details present themselves.