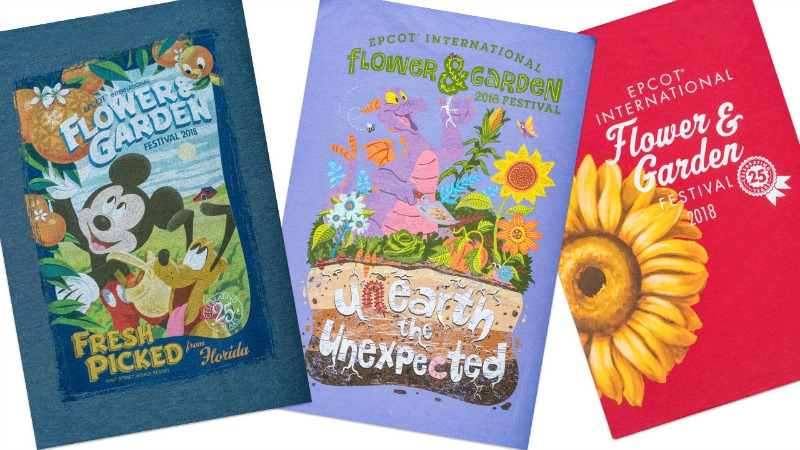 Epcot will be absolutely packed with memorable sights, smells, and flavors when the 25th International Flower and Garden Festival begins this Wednesday, but if you want a physical reminder of your time in the park, don’t try to sneak out with a topiary — Disney has released details on some of the merchandise that can be found throughout the festival. “This year’s merchandise mixes the latest on-trend designs with products we know guests love such as headwear or home décor. Since this year is a milestone anniversary, everything has a new look and many items include a 25th Anniversary logo in the artwork. There’s something for everyone to remember a springtime visit to Epcot.” The festival will feature Annual Passholder-exclusive offers such as “drinkware by Tervis, pins, apparel, and a handbag by Dooney & Bourke.” There will be Dooney & Bourke options for non-Passholders as well, including a collection featuring Minnie Mouse and Figaro. The wallet will not be released till later in the festival, though, so don’t expect to see it on opening day. Those looking to add to their MagicBand collection will be pleased to know that the festival will offer three new bands during its run. The first two will be available opening day: a Mickey Mouse-themed band packaged in an orange-scented box, and a Passholder-exclusive Figment-themed band. Both will have an editions size of 2,000.

Later in the festival’s run guests will be able to purchase a Minnie-themed MagicBand, packaged in a flower-scented box, with an edition size of 1,000.