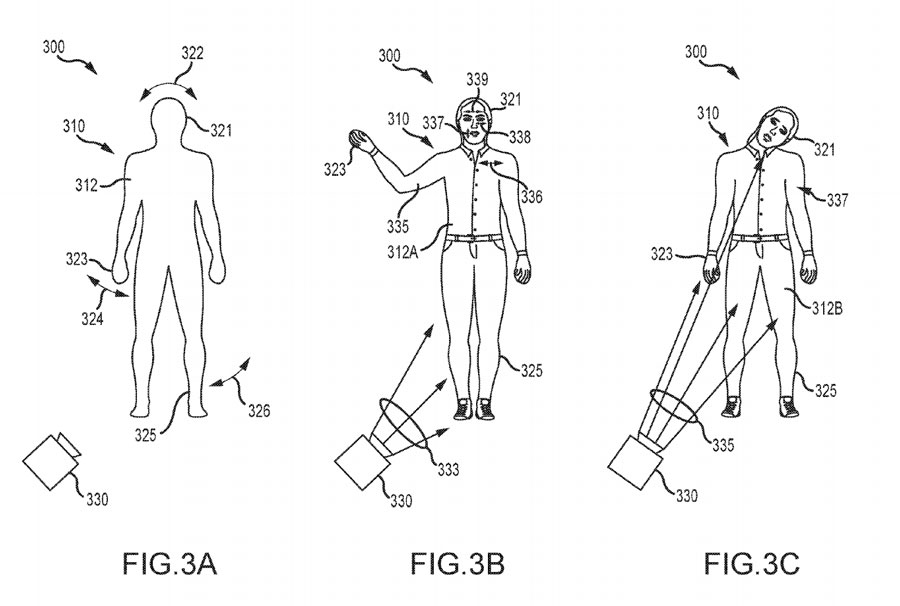 There are a few key issues that designers run into when using audio-animatronics for new Disney attractions, issues that a patent application just published by Disney Enterprises, Inc. aims to solve. An application titled “Projection Mapped Augmentation of Mechanically Animated Objects” aims to use projection technology to not only add additional animated characters to rides, but also make them changeable for new overlays and seasonal events.

While easily one of the primary draws to both old and new Disney parks fans alike, audio-animatronics do have some downsides. Technology has increased since the creation of classic attractions like the Enchanted Tiki Room, and animatronics are not only getting more sophisticated and lifelike, but also more expensive and time-consuming to build. The patent application lays out the difficulties:

As mechanical animation continues to improve, there is an increased demand to include it within more displays and attractions. Unfortunately, mechanically animated objects or characters have become much more complex in their design and implementation. With such increased complexity, there comes increased costs and maintenance challenges. In many cases, an animated figure is a one-off implementation. As a result, the particular mechanical animation becomes locked into the attraction or display from many years as it is very difficult to change or update, e.g., to tell a new story, to fit a seasonal overlay, and so on. The use of complex animated objects or figures have become all but impractical for short-run entertainment such as to provide animation for a one-time parade or a show provided a small number of times.

Due to the cost and complexity, the initial design of the attraction may look very different from what actually ends up getting implemented, as what begins as a grand scope projects has to be trimmed and cut back.

As the development process continues, though, the reality of what it costs to design and build reliable custom mechanical figures/objects comes is better understood, and the designer deletes many of these figures and props requiring mechanical animation technologies. Only one or two figures are retained in the new design (e.g., the “hero” or main character of the story being told in the attraction).

The solution the document describes involves using a blank projection surface, either 2-D or 3-D, which can be mechanically animated and changeable for different uses. Images would be projected onto the mechanical screen to bring characters to life, and the each screen would have the ability to change size or shape depending on the attraction’s current need.

Disney parks occasionally like to add a seasonal overlay to their attractions, to breathe new life back into a fan favorite or just add another reason to visit during a specific time or event. While putting a Santa hat on one of the Pirates of the Caribbean might be the most you could hope for with traditional audio-animatronics, projection technology would give Disney the ability to instantly re-theme characters with a minimal amount of effort. As the size and shape are malleable, an attraction could also switch out characters if so desired.

As the patent mentions “a one-time parade or show,” it is conceivable that they could develop a number of these mechanical screens for use in special events, to be altered to whatever character or theme is relevant to the show. It would also add to their ability to re-theme stale attractions, without having to design all new animatronics to fit the new story line.

It is important to note two things: First, a patent application does not guarantee the actual implementation of this technology in the parks. Second, the patent’s wording gives the impression that projections would be used to supplement audio-animatronics, not replace them completely. For many fans, the idea of Disney steering away from traditional animatronics may seem disconcerting, but it is still far too early to tell how — or if — this will affect new attractions in the long run.