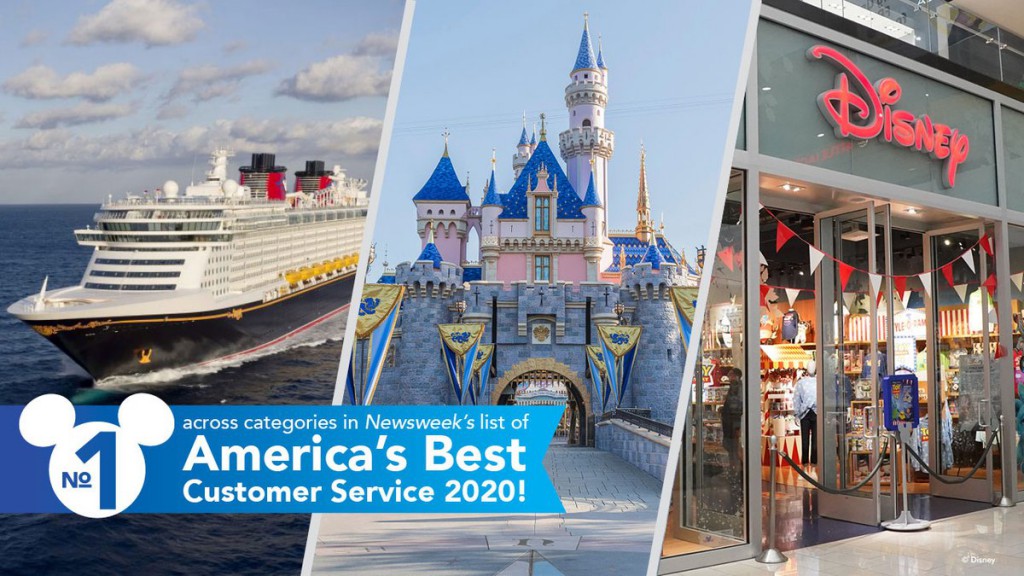 In a recent survey of its readers by Newsweek, several divisions of the Disney company ranked among the best in customer service, including top honors for Disney Cruise Line.  Disney Parks & Resorts and Disney Store were also honored.

Newsweek named America’s Best Customer Service 2020 and Disney Cruise Line was number one on the overall list with a score of 9.29, ahead of retailer Neiman Marcus and hotelier The Ritz-Carlton.

For Cruise Operators, Disney Cruise Line was joined in the top three by Celebrity Cruises [8.79] and Royal Caribbean [8.65].

The rankings were the result of a survey of over 20,000 customers.