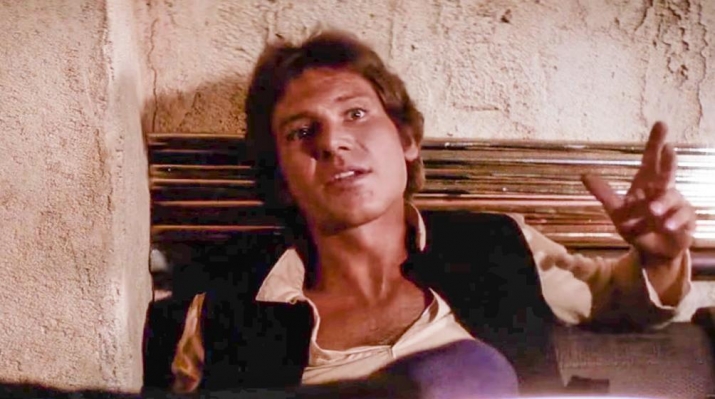 Fans have long been awaiting the opportunity to get their hands on a Blue-ray of the original Star Wars trilogy as it was first shown: without added CGI, without a Jabba’s palace dance number, and with Han actually shooting first. Those fans are in for a galaxy of disappointment.

Kathleen Kennedy, President of Lucasfilm, put all speculation about reworkings of the films to rest at Star Wars Celebration in Orlando. When asked in an interview during the Steelewars Podcast about the possible restoration of George Lucas’s original cuts Kennedy said, “I wouldn’t touch those, are you kidding me? [laughs] Those will always remain his.”

For any fans who may have never actually set eyes on the original version, here is what happened:

In the 1990s, George Lucas made the decision to alter the original versions of his films, believing technology had finally caught up with his vision for the films. He claimed that although released years earlier, he had always considered them unfinished products. He added computer generated special effects, new scenes, and additional alterations. Then, in 1997, he began re-releasing them in theaters to audiences old and new. When he made these alterations he purportedly used the original film print, meaning that the original versions of the films don’t actually exist anymore. If Disney ever decided to release a version of the original cut it would technically be possible; it would have to be reassembled from the edited prints in the Lucasfilm archives.

For those who will take any copy of the original they can get, they would either need the LaserDisc copy (and a player), or have to settle for the 2006 DVD set with footage taken from the LaserDisc (significantly lower in quality than other Star Wars versions).