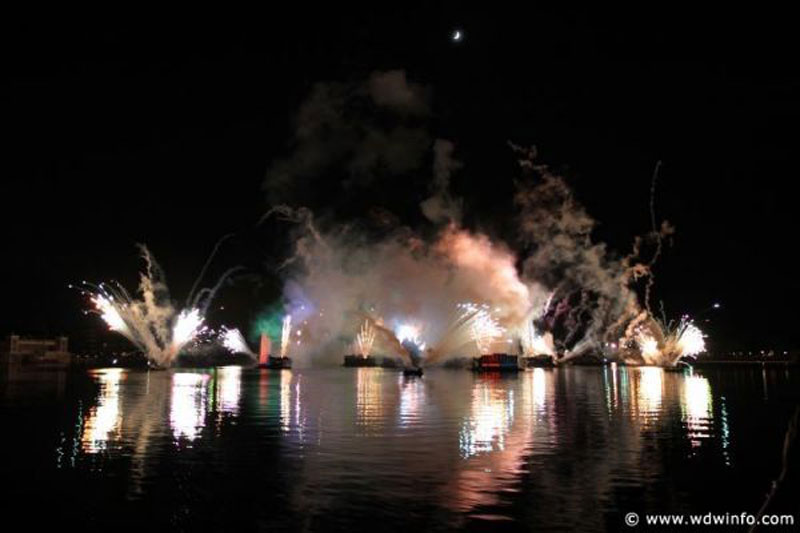 Rumors that a new show is being developed to replace the popular IllumiNations: Reflections of Earth at Epcot have been swirling for awhile now, but at a meeting of the Reedy Creek Improvement District on Wednesday, money was budgeted for work in the lagoon that could mean a new show is on the way.

Reedy Creek, which handles area roads and utility infrastructure for the Walt Disney World Resort, budgeted $1.8 million for electrical upgrades, $325,000 for materials, and $220,000 for engineering, inspection and survey work.

Jason Herrick, manager for planning and engineering for Reedy Creek Energy Services wasn’t able to elaborate on the request, saying, “I don’t know the details what they’re going to use it for, but that’s the request.”

Herrick added that a timeline for the work has not been established, but that he would know more in a few months.

The work would include drilling and installing a new pipe from the American Adventure Pavilion across to an island in the lagoon.