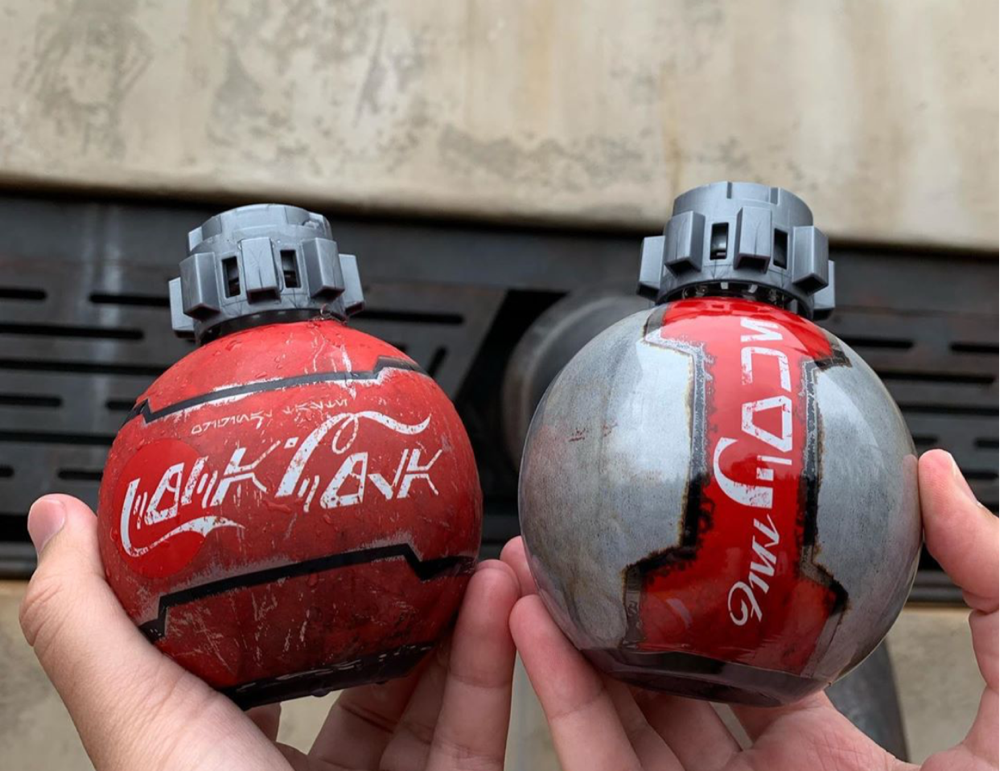 "The issue concerning Star Wars Galaxy’s Edge-themed soda bottles has recently been brought to our attention by the general public, as these items could reasonably be seen by some as replica hand grenades. We appreciate the concerns being raised, because replica explosives are not permitted in either carry-on or checked bags. We have completed our review, and instructed our officers to treat these as an oversized liquid. Because these bottles contain liquids larger than 3.4 ounces (100 milliliters), they should be put in checked baggage or emptied to be brought on as carry-on item. TSA officers will maintain the discretion to prohibit any item through the screening checkpoint if they believe it poses a security threat."

Source: Transportation Safety Administration 8/28/19 UPDATE: Since so many folks are questioning the validity of the information in this story, we are sharing a response from the TSA that is more recent than the original tweet in the story. Obviously, experiences can always vary, but the details are here in order for folks to be prepared.

Even with a normal bottle cap, this item is still considered a replica and is not allowed in carry-on or checked bags. If our officers discover a replica item during screening and believe it's real, the item will be treated as such until advised otherwise by law enforcement.

The “thermal detonator” Coca-Cola bottles that are sold in Star Wars: Galaxy’s Edge at Disneyland and soon to be sold at Galaxy's Edge at Disney’s Hollywood Studios have been banned by the Transportation Security Administration from both checked and carry-on luggage on U.S. flights. The souvenir collectible bottles are sold exclusively within the new lands and are now prohibited on U.S. flights because they look like replica explosives according to TSA officials. Items that look like replicated explosives are not allowed on aircraft either in checked bags or carry-ons as they could cause confusion for TSA screeners at airport security checkpoints. The Coca-Cola bottles that are for sale within Galaxy’s Edge look like palm-sized thermal detonator grenades embellished with logos in Aurebesh.

Thanks for asking! Replica and inert explosives aren't allowed in either carry-on or checked bags. — AskTSA (@AskTSA) August 13, 2019

“The design of this thing just looks cool,” Walt Disney Imagineering portfolio creative executive Scott Trowbridge said when the bottles were unveiled in April. “Kind of thermal detonator-ish. It’s kind of awesome.” The Aurebesh designs mimic the look of the corporate brands, with the Galaxy’s Edge Coke bottle retaining the curve and swoop of the twin C’s in the distinctive Coca-Cola logo. The thermal detonator bottles retain their trademark color schemes — red for Coke, silver for Diet Coke and green for Sprite. Coca-Cola worked closely with Imagineering and Lucasfilm on the look of the Galaxy’s Edge soda bottles to create a familiar yet different design that authentically fit into the Star Wars universe. Coca-Cola and Disney are both listed on the patent of the distinctive Galaxy’s Edge bottle cap. Source: LA Daily News
ShareTweetSubscribe