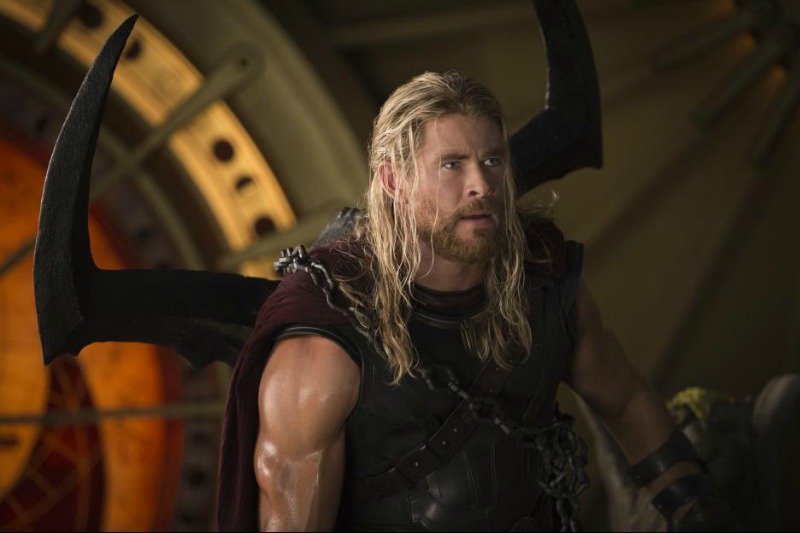 Thor: Ragnarok hit the box office like a sledgehammer this weekend bringing in an estimated $121 million gross domestically.

Thor: Ragnarok is Marvel’s third Thor movie, but that didn’t stop the film that was produced by Marvel Studios and distributed by Walt Disney Studios from being a welcome addition this weekend to Hollywood and theater owners who had a rough October at the box office. Thor: Ragnarok also countered the trend of sequels not doing as well as the first in the box office. In 2011, Thor debuted with $65.7 million and 2013’s Thor: The Dark World grossed $85.7 million on its opening weekend.

“In this business, it’s not often you see the second and third installments in the franchise outpacing the previous issue,” said David Hollis, Disney’s distribution chief. “You don’t expect never-ending returns when it comes to sequels, but it definitely speaks to the quality of the talent at the Marvel Studios team and the way they’re thinking about each film out of the gate.”

The Walt Disney Studios are not the only ones who are able to release such blockbuster hits, but “three of the year’s five $100 million-plus releases are theirs.” Beauty and the Beast and Guardians of the Galaxy Vol. 2 are the other two and the upcoming Star Wars: The Last Jedi and Disney Pixar’s Coco will both hit theaters before the end of the year.