"...in a year when the tide has shifted against Big Business, Big Media and Big Tech, Iger has transformed his enormous media company into a gargantuan media and tech business while ensuring that the Walt Disney Co.’s products remain widely beloved." 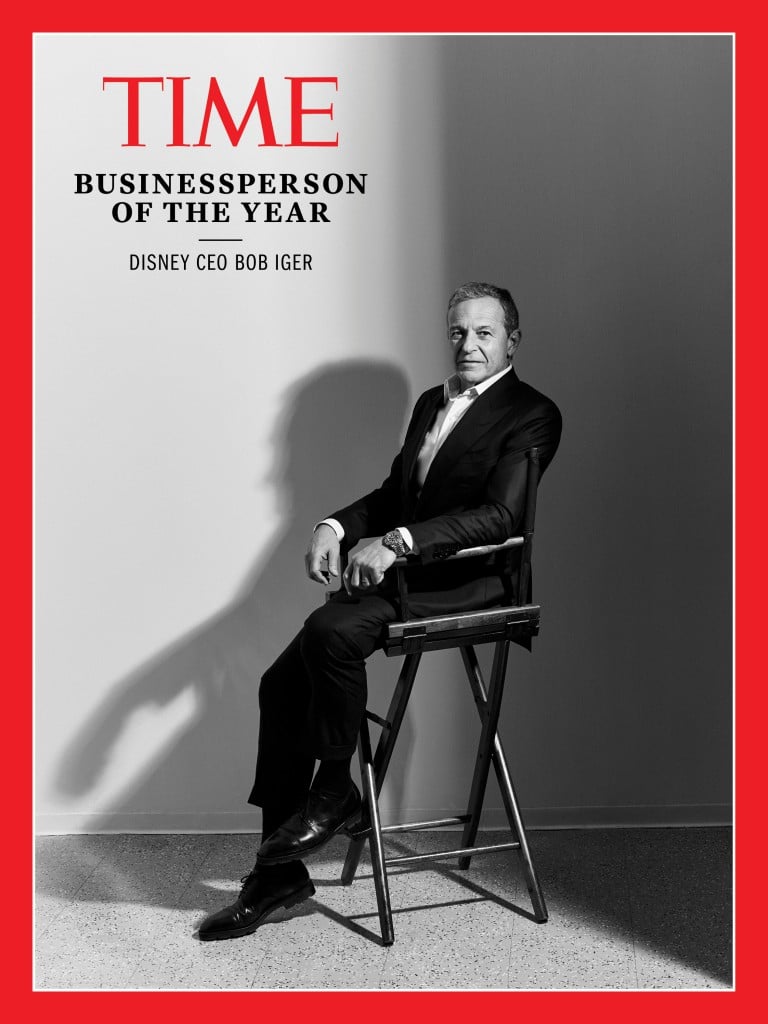 Time adds that despite the huge successes, Iger has managed to make it through 45 years, 20 jobs, and 14 bosses without making any major enemies. Even with the successes of 2019, Time says the future is not a sure thing: will the $3 gamble on Disney+ pay off; what happens next with the Star Wars and Avengers franchises; can Hong Kong Disneyland survive the current protests; and when will Iger finally name a successor. Iger not ready to relax just yet, even with a 2021 retirement date on the horizon. Time asked Iger which intellectual property he would buy next (Harry Potter, Gandalf, or James Bond, for example) and Iger said, "We're not looking to buy anything right now, but I've always been a James Bond fan." Source: Time Illustration: Tom O'Brien for Time / Photo: Peter Hapak for Time