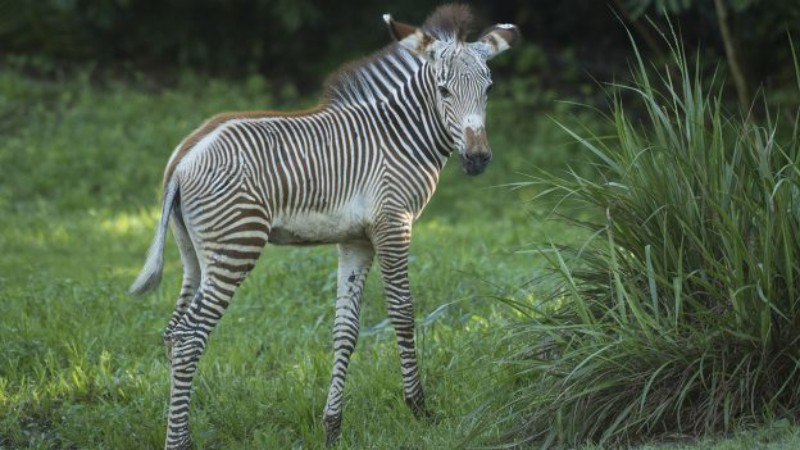 According to zebra keepers, the foals resemble their mothers, in both appearance and manner. Youka, the foal of Laylee, is curious and independent like her mom. Keepers say that Laylee has always been outgoing and is passing that on to her foal. Zakila is more bashful. Keepers say her mother, Zuri, hovers over her and keeps a “watchful eye on her.”

Both foals are already trying to copy their moms by chewing hay or bathing themselves in dust.

The Grevy’s zebra births were part of Animal Kingdom’s commitment to the Specials Survival Plan that helps to “ensure healthy, genetically diverse populations of animals for years to come.”