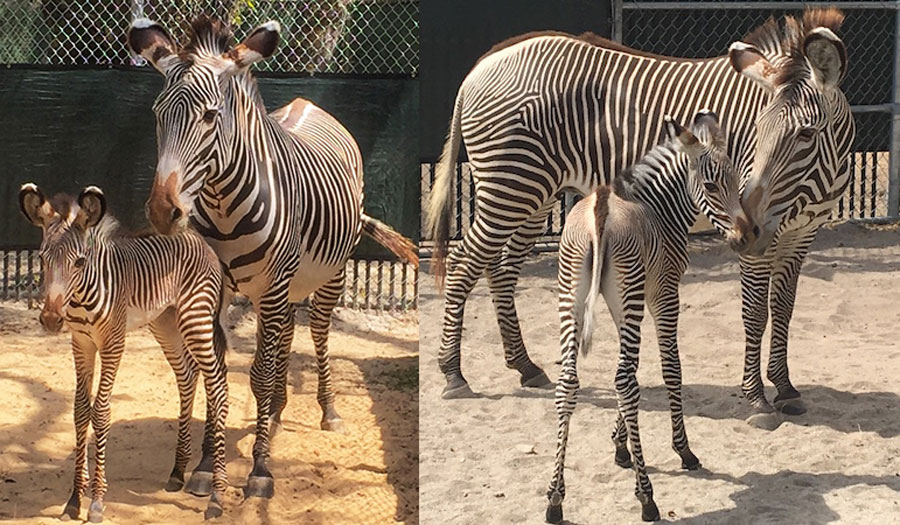 The foals are set to join the Gorilla Falls Exploration Trail soon, but are first spending some time backstage with their mothers; Laylee welcomed her newborn on April 26th, and Zuri gave birth on May 1st.

Not only are the new zebras a welcome addition to Animal Kingdom’s diverse array of species, they also represent a successful implementation of the Species Survival Plan, which helps threatened and endangered species survive and is operated through the Association of Zoos and Aquariums.

Disney also allows cast members to contribute to existing conservation programs through the Imperiled Species Conservation Project. It was through this program that two of Disney’s zebra keepers journeyed to Kenya for the Great Grevy’s Rally, where a population survey is taken to help with Grevy’s conservation efforts.

Grevy’s zebras are not the only animals to benefit from the program; Disney has upcoming trips planned with a focus on supporting painted dogs, dolphins, gorillas, Guam rails and kingfishers, rhinos, sharks, and vultures.