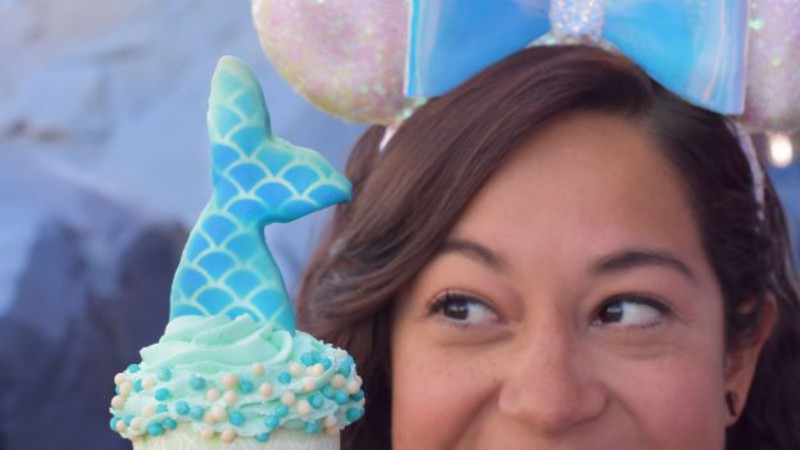 Yesterday, we told you about the new Iridescent Cupcake at the Disneyland Resort. Well, now Walt Disney World is getting in on the action with some iridescent treats of their own!

Head over to Epcot for a Crisped Rice Treat decorated with a Minnie headband and an iridescent bow. You’ll find this unique treat at Fountain View. In Disney Springs, check out The Ganachery for a Unicorn Ganache Pop. The strawberry lemon ganache lollipop is dipped in iridescent pink chocolate and decorated to look like a unicorn. At Disney’s Contemporary Resort, stop by the Contempo Cafe for their Iridescent Cupcake. This confetti cupcake is filled with a strawberry filling and topped with buttercream, then decorated with crispy pearls and a chocolate Minnie Mouse hat. The Mara at Disney’s Animal Kingdom Lodge is making an Iridescent Rhino Cupcake, which includes a chocolate cupcake with caramel filling. The Rainbow Cookies ‘n Cream Blondie can be found both at the Beach Club Marketplace and The Market at Ale & Compass at Disney’s Yacht Club and Disney’s Beach Club Resorts. The chewy treat has chunks of chocolate cookies and rainbow sprinkles and is coated in white chocolate, then decorated with fondant and sparkling chocolate ears. Catch all of these sweet treats around Walt Disney World while supplies last!